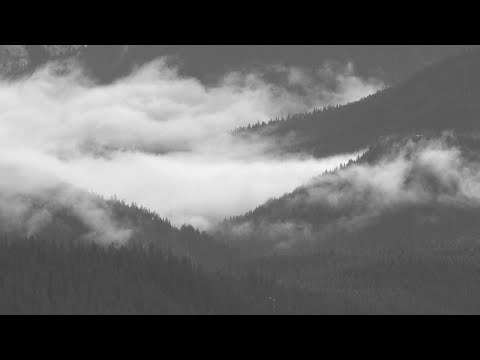 Marking Women's History Month, Yad Vashem, the World Holocaust Remembrance Center, is promoting a moving online exhibition entitled The Death March to Volary, depicting the terrible fate of over 1,000 Jewish women who were forced on a horrific death march in the winter of 1945.

"The Death March to Volary" exhibition utilizes the most updated research on the Nazi-enforced marches of concentration and labor camp prisoners over long distances, under unbearable conditions, during which the prisoners were abused by their accompanying guards and often murdered. Testimonies of survivors and US Army veterans are included in the exhibition, as well as documentation from the trials of Death March Commander Alois Dörr and his accomplices, shedding light on this little known chapter of the Holocaust. Of the 1,000 women sent on the Volary Death March, some 350 survived. This remarkable exhibition tells their harrowing story.

The exhibition – available in four languages English, Hebrew, German and Spanish - is currently being featured on Yad Vashem's website. Presented in a groundbreaking multi-media format - it retraces the march day-by-day utilizing many interviews with surviving women as well as written testimony and harrowing pictures.

The death march began on 24 January 1945, when the female Jewish prisoners were evacuated from the Schlesiersee (today Sława) concentration camp in Upper Silesia, western Poland, a region annexed to Germany. The women were forced to march by foot in a southwesterly direction, unaware of their destination, in freezing conditions.

The death march – a total of 106 days of gnawing hunger and sickness, humiliation and murder – concluded over 800 km later on 5 May 1945, in the town of Volary (German: Wallern) in Czechoslovakia, not far from the border with Germany and Austria. There, they were liberated by the US Army.

On 6 March, 621 of the original 1,300 prisoners arrived at Helmbrechts, a concentration camp for women in Bavaria, some 16 km southwest of the city of Hof. The camp, established in the summer of 1944, was comprised of some 600 non-Jewish forced laborers, mostly Slavs (from Poland, Russia and the Baltic states), as well as some French and German women. The inmates of the camp primarily worked in the munitions factory in the local town.

Upon their arrival at Helmbrechts, Karl Herman Jäschke, the commander of the Death March, left his prisoners to the mercies of the commander, SS Unterscharführer Alois Dörr, and his staff. Upon arrival, out of fear of the spread of disease, their clothing was confiscated for fumigation. The women were forced to stand naked for hours, until their damp clothes were returned to them.

The survivors of the death march would later describe their experiences in the Helmbrechts as 'hell on earth – the hardest part of the death march.' They were housed in two huts, with neither heating nor even minimal sanitation. Holocaust survivor Eva Abrams recalled how, in her weakened state, she ended up in a Krankenrevier (sick bay).

"I remember waking up every morning in the – I cannot call it a hospital – place where they just kept sick people who were ready to die, and finding dead bodies around me."

She further described the 'soup' they were given to eat: "Whoever was in charge took out the potatoes and just gave us the water." Forty-four of the Jewish prisoners from the Death March died in Helmbrechts. These women were later buried in a mass grave in the Jewish cemetery in the nearby city of Hof.

The online exhibition also features testimony of one of the liberating American servicemen Major Aaron S. Cahan, a Jewish medical officer, who describes how they found the survivors of the death march.

"My first glance at these individuals was one of extreme shock, not ever believing that a human being can be degraded, can be starved, can be so skinny and even live under such circumstances. When I entered the room I thought that we had a group of old men lying… I was surprised and shocked when I asked one of these girls how old she was and she said seventeen, when to me she appeared to be no less than fifty."

Accompanied by some of the survivors, the Americans retraced the steps of the women, as far as was possible within the time constraints, and buried the women who had died along the way. They buried 95 victims in a special cemetery that the residents of Volary have tended to this day.