Can We Use Nazi Medical Research in Order to Help Save Lives Today? 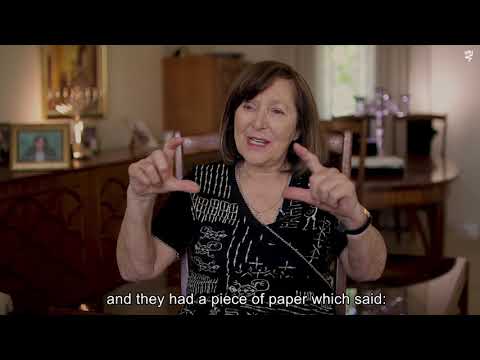 The Holocaust was not simply the unprecedented attempt to systematically annihilate the Jewish people, it also represents the total breakdown of morality and behavioral norms. Previously perceived impossible notions became a matter of public policy. This new reality affected nearly all sectors of society, including medical professionals. The centuries-old Hippocratic Oath and all physicians’ commitment  to "do no harm" to their patients began to crumble at the core. Doctors, nurses and other healthcare workers were now faced with real life-and-death dilemmas in this newfound reality.

With the rise of the Nazi party to power, the ability to justify inhumane treatment of members of society deemed "sub-human" or “anti-human” by the authorities opened up "opportunities" for experimentation with little to no care for their wellbeing or even comfort. Innocent men, women and children, not only Jewish, were subjected to some of the most inhumane treatment imaginable under the cover of public interest.

At the same time, this period also ushered in a new reality for the Jews of Europe living under Nazi control. Many were forced to live in overcrowded and disease-infested ghettos, where starvation and death were the only constants. Lack of food, medicine and basic equipment forced medical professionals to face "choiceless choices" concerning on whom to expend valuable and scarce resources on a daily basis.

In the years following the Holocaust, there has been a longstanding debate in the medical community considering whether knowledge and research findings from this dark period of our shared history should be used to help improve the quality of life of people suffering from various ailments today. This controversial issue was once again thrust into the spotlight when the media reported that anatomy drawings of Dr. Eduard Pernkopf were used to help relieve the suffering of Dvir Musai, a victim of terror, suffering from chronic pain for nearly 20 years.

On Thursday 11 June, a unique online panel discussion on the moral dilemmas faced by both Jewish and German medical professionals during the Holocaust will take place. Entitled "Do No Harm – Medical Ethics and the Holocaust," the 90-minute panel will feature Prof. Dan Michman, Head of Yad Vashem's International Institute for Holocaust Research, and Dr. Benjamin Gesundheit, physician and expert in Medical Ethics. The panel will begin at 9:00pm (Israel time)/2.00pm Eastern Standard Time (EST), and will be moderated by Yad Vashem Senior Historian Dr. David Silberklang.

During these difficult times, when members of the public are temporarily unable to visit the Mount of Remembrance  in Jerusalem, Yad Vashem is offering a vast selection of free online resources about the Holocaust, including exhibitions, articles and video presentations. This panel is part of a new series of online lectures being launched, in several languages, for audiences worldwide, in which interested audiences worldwide will have the opportunity to hear from renowned Yad Vashem experts, historians and researchers on various compelling and timely topics.