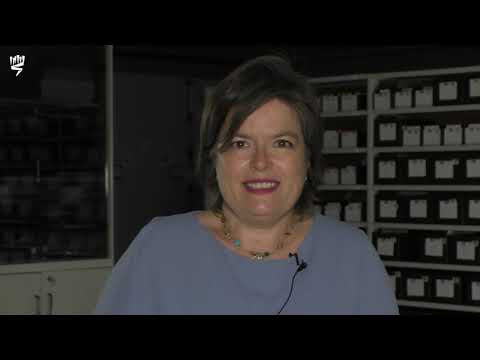 One of the four pillars of Yad Vashem, the World Holocaust Remembrance Center, is collecting Holocaust documentation. For close to seven decades, Yad Vashem has dedicated itself to gathering of primary source papers and records from the period of the Holocaust. These documents are housed in the unparalleled Yad Vashem Archives, which contain more than 270 million pages of documentation, photographs, film footage and Holocaust-era writings. This massive collection comprises detailed information pertaining to millions of Holocaust victims and survivors, as well as perpetrators. It tells the stories of scores of human beings who lead full and varied lives until they found themselves in the maelstrom of the Holocaust and either chose to serve the murderous Nazi machine, or became persecuted, hunted and ultimately murdered for no other reason other than their Jewish heritage.

The dedicated staff of Yad Vashem's Archives are charged with a vital mission: to comb through the millions of pages of documentation in order to piece together the complex puzzle of the Holocaust so that the world may have a better understanding of this dark period of human history, and its relevance to society today.

Due to the COVID-19 pandemic, restricting visitors to visit the Mount of Remembrance in Jerusalem, Yad Vashem has been producing a series of online lectures to continue its mission of raising awareness about the Holocaust. In this context, the Yad Vashem Archives' Director of the Reference and Information Services Department Bettina Malka-Igelbusch recently presented two important items that portray different perspectives of the atrocities of the Holocaust in a virtual "Behind-the-Scenes" lecture to the public entitled "Rare Documents from the Yad Vashem Archives."

The first item shown was a guest book belonging to Rudolph Hoess (Höss), the Commandant of the Auschwitz-Birkenau extermination camp. The item was found amongst the former Nazi's belongings when British officers arrested him in 1946. The Hoess family lived in a villa adjacent to the concentration camp. The guestbook contains messages left by visitors, the elite of the Nazi party and the SS specifically, expressing thanks and gratitude for the congenial hospitality extended to them by the Commandant and his family.

"The juxtaposition of this guestbook that reflects normal, joyful family life in the Hoess villa, which was situated right next to the extermination camp, and the horrific events in the camp illustrates the brutality and barbarianism of the Nazi perpetrators."

The next item highlighted in this virtual lecture was a prayer book written by Naftali Stern while imprisoned in the Wolfsberg labor camp, a sub camp of the Gross-Rosen concentration camp, in September 1944. That month, the Jews incarcerated at Wolfsberg were given special permission to mark the Jewish New Year, just as Jews all over the world did only a few weeks ago. Stern, who was chosen to lead the traditional Rosh Hashanah service, wrote out, from memory, the prayers for this holy day. He even risked his life to trade his meagre portions of food in order to get the scraps of paper and pencil to write these prayers down for the service.

"The Wolfsberg Machzor is an example of Jewish resistance and how these persecuted prisoners fought to uphold their traditions even at great personal risk. The Nazis didn't only wish to annihilate the Jews physically; they also wanted to extinguish their faith, tradition, and culture, the Jewish spirit."

For more information about Yad Vashem and its various activities, watch presentations from our online lecture series.