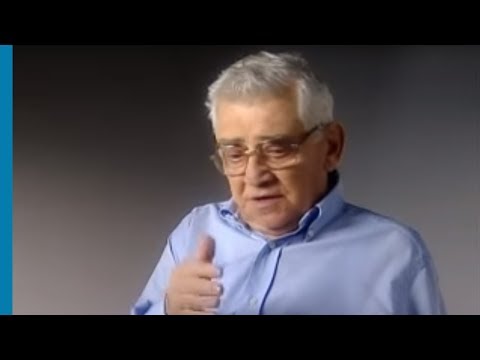 This week, Yad Vashem, in partnership with the Ministry of Education, held a special event to mark 70 years since the deportation of Polish Jews to the Sobibor, Belzec and Treblinka extermination camps. Some 1.7 million Jews were murdered in these death camps; all told some 2 million Jews in the so-called Generalgouvernement, which encompassed an area including Warsaw, Krakow, Lublin, Radom and Lwow, were murdered in the Nazis’ “Operation Reinhard” (March 1942-November 1943).

Speaking at the event, Dr. Yitzhak Arad, Holocaust survivor, deputy chairman of the Yad Vashem Council and author of Belzec, Sobibor, Treblinka: The Operation Reinhard Death Camps, summarized how he, and many other leading scholars of the Shoah, understand the decisions of the Nazi leadership that led to the “Final Solution” were taken, and to the place of Operation Reinhard in those decisions. “The first decision to conduct complete large-scale mass murder related to the Jews of the Soviet Union, in July – August 1941. This preceded the German decision to murder all the Jews of Europe,” Arad explained. “The second decision created Operation Reinhard, and was taken in October 1941. Subsequently, in December, the decision was made to annihilate all the Jews of Europe, and this served as the basis for the Wansee conference of January 1942.” Although there were certainly expressions – such as Hitler’s speech to the Reichstag in January 1939 – that threatened extermination, these were not decisions or orders to carry out such a plan, but rather, an expression of intent, Arad said. He went on to describe the various elements of Operation Reinhard.

Minister of Education Gideon Sa’ar opened the event, noting that 70 years ago the land of Poland was a man-made hell, where three generations of Jews were murdered in just over a year. Today, “as a nation and a country we are faced with many challenges,” said Sa’ar, “but we have the means to deal with these difficulties – the very means that we tragically lacked 70 years ago.” The Minister reiterated his dedication to ensuring ongoing, meaningful Holocaust education and commemoration.

In his remarks, Avner Shalev, Chairman of Yad Vashem, pointed out that after the murders, the Nazis tried to cover up their crimes. “Hundreds of thousands of bodies were burned; their bones crushed and the earth flattened. After locals unearthed the site in search of gold, sentries were stationed there. Trees were planted, and a farm was created. On November 4, 1943, Operation Reinhard’s chief officer reported to Himmler that notwithstanding serious obstacles, the operation had been successfully completed, and the camps dismantled. Himmler telegrammed back his thanks ‘I recognize your great achievement for the German people…’ . Tonight,” concluded Shalev, “we remember and identify with a deep rooted and multi-faceted Jewish civilization that was destroyed. As Jews, we continue their story.”

Speaking in Polish, Polish State Secretary for National Heritage Piotr Zuchowski, said it was insufficient to merely speak about the Holocaust – we must scream. “We must nurture the memory. The biggest danger is that if we don’t talk about what truly happened upon the land of Poland, fabrication and falsification will ensue…. The Holocaust must remain a warning to all humanity of what happens when people stop thinking of others as human beings.”