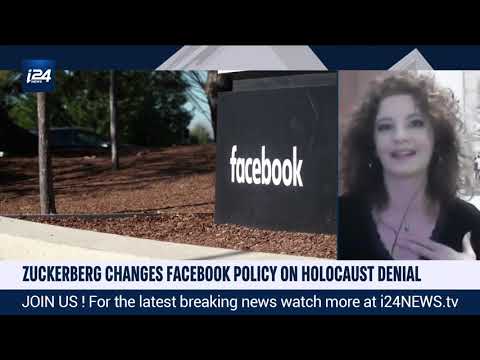 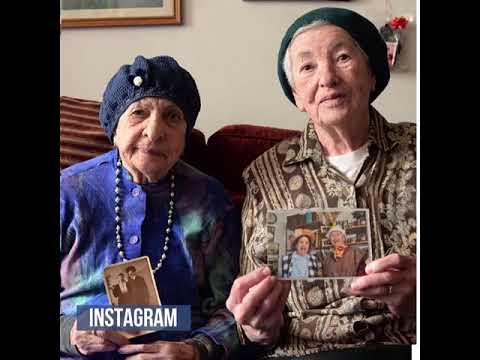 Recently, Facebook declared a readiness to "update their hate speech policy to prohibit any content that denies or distorts the Holocaust." This is a very significant change in policy that should be applauded, but it also should be recognized that to implement it effectively entails many challenges.

Yad Vashem welcomed Facebook's announcement regarding an update to their hate speech policy to prohibit all forms of Holocaust denial and distortion on its platform. For the full statement please click here. Yad Vashem Director of Communications Iris Rosenberg appeared on i24's Zoom In show with news anchor Jeff Smith to talk about this news and what is needed to move forward. To listen to her interview which aired on 13 October 2020, click here.

In 2018-2019, Yad Vashem joined the Israel Democracy Institute (IDI) in an effort to address the issue of online hate speech and the proliferation of antisemitism, Holocaust denial and Holocaust distortion online. Through working groups and round-table discussions comprised of international experts in various fields such as law, the cyber world, technology, and hate speech, along with representatives of the major platform providers, a series of recommendations and  principles were created providing a guideline for providers to help them tackle what has come to be an immense and deeply complex problem. For the complete report of all 16 points, please click here.

Among the leading ideas raised from the discussions is that the fight against antisemitism and other forms of hate speech should derive from the preservation of human rights, as those rights have been defined by international bodies and legal conventions.  Another important idea regarding identifying hate speech, is the "harm principle." Content that causes harm, ranging from incitement to physical violence through psychological damage, especially against members of groups that have been singled out as in need of special protection against discrimination such as children, older persons, LGBTQI, ethnic minorities, and others, by the EU and other bodies, is hate speech.  It is within this concept that antisemitism is clearly considered hate speech. One need not delve deeply into history to understand that antisemitism causes harm to Jews, and that it lay at the core of the Holocaust, as well as at the murderous violence that took place in Pittsburg, Halle, and Jersey City, to name just a few of the more recent incidents.

Yad Vashem, the World Holocaust Remembrance Center, has long maintained that Holocaust denial is a form of antisemitism, and should be classified as hate speech.  Most simply put, if someone denies that the Holocaust happened, they are saying that the Holocaust is an invention, and that almost always means a form of manipulation by the Jews. In other words, Holocaust denial insinuates that Jews are liars, untrustworthy, and scheming – some of the oldest and most deeply entrenched antisemitic tropes.

The issue of Holocaust distortion highlights another important principle about confronting online hate speech: Identifying hate speech requires not only technological ingenuity but equally important, human intervention and judgment.  In turn, this demonstrates why dealing with online hate speech is not only an issue of policing the cyber world, but it is also about creating communities of users who are sensitive to it, where it has led to in the past, and where it can lead in the future if left unchecked. This means that education, in its broadest definition, is a key to fighting hate speech, and within that antisemitism, Holocaust denial, and Holocaust distortion.

This past September, Yad Vashem hosted a panel discussion during the Startup Tel Aviv Media Summit. Director of Communications Iris Rosenberg moderated a discussion between Director of the International School for Holocaust Studies and Lily Safra Chair of Holocaust Studies Dr. Eyal Kaminka, Director of the Digital Department in the Communications Division of Yad Vashem Dana Porath and Professor of History at Trinty College Professor Samuel Kassow. The session entitled "Trends in Holocaust Awareness: How We Need to Engage the Public via Digital Media" discussed addressed the lack of basic knowledge about the Holocaust worldwide especially amongst millenials and how we can reach this segment of the population to raise the level of awareness in this very important area.

Yad Vashem maintains a dynamic educational presence on numerous digital platforms, sharing content in multiple languages and engaging an ever-growing global audience. Yad Vashem has developed resources, such as its online course about antisemitism and online educational toolboxes, that can certainly contribute to promoting knowledge about the subject and help policy makers, software engineers, and the community of digital users confront and marginalize online expressions that cross the line into hate speech. Because hate speech is a global issue, the Yad Vashem-IDI recommendations suggest establishing a global forum composed of stakeholders from many angles – government, experts, other parts of civil society, and of course, the providers – to figure out how effectively to deal with online Holocaust distortion, Holocaust denial, antisemitism, and hate speech in general.

It would be naïve to believe that proclamations or a set of guidelines in and of themselves can solve the issue of online hate speech or the proliferation of antisemitism. But it's equally clear that well thought-out guidelines like those we put forth can offer not only insights, but also practical ideas, and help translate worthy proclamations into effective actions.

Dr. Robert Rozett is a Senior Historian in the International Institute for Holocaust Research, Yad Vashem. Between 1993-2018 he served as Director of the Libraries at Yad Vashem.

Iris Rosenberg is the Spokesperson and Director of the Communications Division, Yad Vashem.