Tree planted in honor of the Wegrzynowski Family 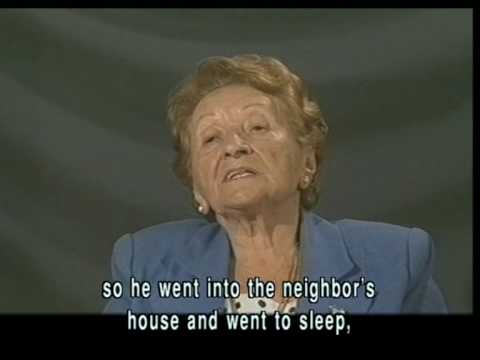 Rescued by Righteous Among the Nations: Henia Helper’s story

Murdered by Their Neighbors

Vasiuta Wegrzynowska was a poor widow who lived with her three children, Jan, Mikhal, and Docia in the village of Zahajpol in the county of Kołomyja, district of Stanisławów (later Ivano-Frankivsk). In the 1930s, Vasiuta had worked as a hired hand on the farm of the Jewish Helper family. Maks and Henya Helper treated their workers very well, and therefore, when in 1943 the Jewish family was in desperate need for shelter, Vasiuta helped them and hid them in her home and yard.

The Helpers and their daughter Janina were hidden in a bunker under the floor of the cowshed. The hiding place had been especially built for this purpose. It was dark, damp and very narrow. They could only sit or lie, without any room for movement. Their little three year old daughter Janina had to be kept quiet, so as not to arouse the suspicion of passers-by. For 18 months Vasiuta and her children cared for them and brought them food - sometimes even shared their last pieces of bread with them. Fear was their permanent companion. The family was always under the threat of denunciation by the neighbors. In fact, the Ukrainian police  searched the Wegrzynowskis’ home on several occasions, but fortunately the well-camouflaged bunker was never discovered.

After the liberation in late March 1944, the three hidden Jews left their hideout for the first time. Vasiuta accompanied them through the streets of the village, on their way to Kołomyja, where they were reunited with the small number of the community’s remaining Jews. Vasiuta was proud that her family managed to rescue three Jews despite all odds. Unfortunately her courageous deed was not appreciated by some of her neighbors, and in late 1944, Vasiuta and her children were murdered, not far from their home, by a nationalist gang seeking revenge against people that saved Jews during the war.

An investigation was held and the Helpers were called in and were asked to identify the bodies. The terrible shock of learning of their benefactors’ cruel death contributed to their resolve to leave the Ukraine. The family eventually immigrated to Israel.