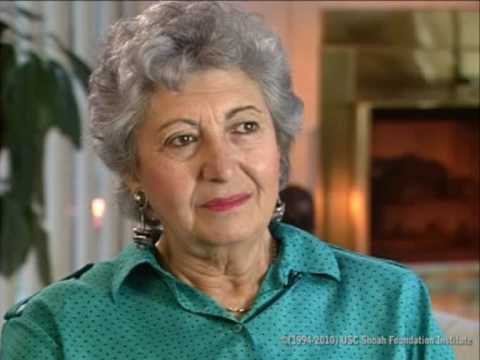 Rescued by Righteous Among the Nations: Testimony of Rochelle Sameroff 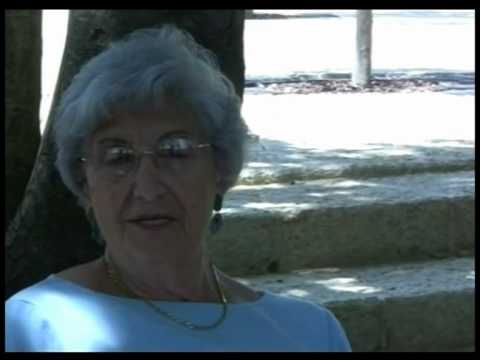 Visit of Rochelle Sameroff and her family in Yad Vashem
Documents

The Life Saving Stay in the Hospital

Rochelle Sameroff is the only survivor of her family. Her parents, Wolf and Bronia Kokotek and her four-year-old sister Fernande were arrested in the big roundup of the Jews of Paris in July 1942 (the Vel d’Hiv), and deported to Auschwitz. Rochelle, or as she was called then, Rachel, was saved from the arrest because she had been in hospital. All the eleven-year-old girl knew at the time was that one day her mother stopped visiting her in hospital.

Today she knows the dates of her family’s deportation – first the father, on 31 July 1942; a week later, on 7 August, her mother was deported to Auschwitz; her little sister Fernande, spent another three weeks alone in the detention camp and was put on the train to the east on 28 August 1942. Doomed to be killed, the family was not even granted the last privilege of staying together on the transport that took them to their death. The German authorities in Paris were waiting for the authorization from Berlin to deport children, and thus parents were separated from their children and deported, while the children remained in detention camps, until permission to put them on the trains to Auschwitz was granted.

When Rachel regained her health and was ready to be discharged from hospital, a neighbor arrived and took her to her apartment in the same building where the Kokoteks had lived. The neighbor, Madame Registel, took charge of the little girl and was responsible for her survival. The Department of the Righteous is now trying to find details about this generous and kind woman.

It was probably kindness that motivated Madame Registel not to tell Rachel about the fate of her family. Not being aware of the implications, she told her that her parents escaped to Switzerland. “That lie haunts me to this day because I still dream my mother didn’t love me enough and abandoned me. In reality Madame Registel was the woman that my mother asked to look after me and my mother’s last thoughts that terrible day in July were of me”, said Rachel in her testimony to Yad Vashem.

Being a devout Catholic, Madame Registel sent Rachel to St. Helene, a convent school. However when it became dangerous for the Jewish girl, she took her out of the school and found a family that would take her. Rachel stayed with Roger and Jeanette Voinot, who had a bakery in Avrolles in the Yonne district, until liberation. Despite the danger – the Germans were stationed in Avrolles and some were billeted in the homes of some of the village inhabitants – and although they had a young seven-year-old girl, Nicole, the couple took Rachel into their home and treated her with warmth and kindness. They called her Renée, and told their neighbors that she was a niece who was sent to live in the country for health reasons.

After the war Madame Registel informed Jewish organizations of Rachel’s whereabouts. Although she didn’t want to part with her rescuers, she was taken to a children’s home in Normandy with other orphaned Jewish children. Towards Christmas of 1945, Rachel was given permission to visit the Voinot family. She had to change trains and railway stations in Paris, and decided to go to her old Paris neighborhood and to try and find some acquaintances. It was a Jewish shop-keeper who had known her family who told her that her father’s family had emigrated to the United States. In March 1947 Rachel was reunited with her paternal grandparents in the United States. It had been almost five years since she had last seen family.

Rochelle Sameroff lives in the United States. She has three children and five grandchildren. In early 2010 her family prompted her to tell her story to Yad Vashem and request to have Jeanette Voinot who had just celebrated her 98th birthday, and her late husband Roger recognized as Righteous Among the Nations. In June the same year she traveled with her entire family to Israel to celebrate her granddaughter’s wedding. The day before the ceremony the family visited Yad Vashem, where they were informed that the Commission for the Designation of the Righteous decided to bestow the title of Righteous on Roger and Jeanette Voinot. Sitting in the shade of the trees in the Avenue of the Righteous, Rochelle Sameroff told her story to the entire family from beginning to end.

Another postscript was added to the story the following day at the wedding of Rochelle’s granddaughter, when for the first time she met a cousin of her mother. Browsing Yad Vashem’s online Database of the Shoah Victims’ Names Rochelle’s daughter had found a Page of Testimony in memory of her grandmother (Rochelle’s mother) that had been submitted in 1957 by a cousin in Israel. The newly discovered relative was invited to the wedding, and close to 70 years after her mother had been murdered, Rochelle was able to learn about her maternal side of the family.

On April 27,2010, Yad Vashem recognized Roger and Jeanette Voinot as Righteous Among the Nations.