Vesel and Fatima Veseli and their children: Refik, Hamid and Xhemal 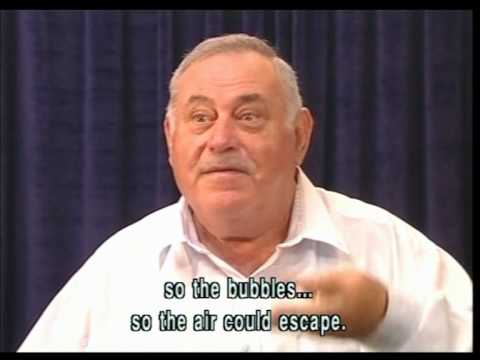 In 1934, Herman Bernstein, the United States Ambassador to Albania, wrote:

“There is no trace of any discrimination against Jews in Albania, because Albania happens to be one of the rare lands in Europe today where religious prejudice and hate do not exist, even though Albanians themselves are divided into three faiths.”

The Mandil family came from Yugoslavia, where Moshe owned a flourishing photography shop. When the Germans invaded Yugoslavia in April 1941, the family fled to the Kosovo province that was under Italian control, where the Jews were relatively protected. Towards the end of the summer of 1942 the fugitives were moved deeper into the Italian controlled area – into Albania – where the majority of the population was Muslim. The family – Moshe and Ela Mandil and their children Gavra and Irena – settled in Tirana. As he was looking up photography shops, Mandil came upon a store owned by one of his former apprentices, Neshad Prizerini. Not only did Prizerini offer Mandil work, but he also invited the family to stay at his home.

In the photo shop Mandil met Prizerini's apprentice, 17-year-old Refik Veseli, who had been sent by his parents from their village, Kruja, to learn the trade of a photographer. After the German invasion of Albania the situation became dangerous for Jews, and Veseli suggested that the Mandils should move to his parents' home in the mountains. Veseli and the Mandils set out on a long journey by mules over rocky terrain. They took side roads, moving during the nights and hiding in caves during the days to avoid detection by the German military.

In Kruja, Moshe and Ela were hidden in a small room above the barn, while their children mingled with the Veseli kids. Sometime after their arrival, Refik's brother, Xhemal brought another Jewish family from Tirana – Ruzhica and Yosef Ben Yosef, and Yosef's sister Finica. The two families stayed with the Veselis in their mountain village until liberation in November 1944. Towards the end of the war the military activity in the area intensified – the Germans were engaged in fighting the partisans – the village was bombed and searches were conducted in the area.

After the war, when the Mandils returned to Yugoslavia, the family went to live in Novi Sad and Moshe reopened a photography shop. They invited Refik to live with them and to continue his training as photographer. He stayed with the Mandil family until their emigration to Israel. Then, despite the distance, contact was maintained between the two families.

In 1987 Gavra Mandil wrote to Yad Vashem and told his story. He wrote that he felt an obligation in the name of all those saved in Albania to pay tribute to the Albanian people and to his rescuers in particular. He added: "They may not have been educated on the heritage of Goethe and Schiller, but they attached the greatest importance to human life, in a most natural and understandable way". The remarkable assistance afforded by Albanians to the persecuted Jews was grounded in Besa, a code of honor. Besa means literally “to keep the promise.” One who acts according to Besa is someone who keeps his word, someone to whom one can trust one’s life and the lives of one’s family. Apparently this code sprouted from the Muslim faith as interpreted by the Albanians.

On December 23, 1987, Yad Vashem recognized Vesel and Fatima Veseli and their son, Refik Veseli, as Righteous Among the Nations.

They were the first Albanians to be recognized by Yad Vashem. Gavra Mandil addressed a letter to the President of Albania – then a secluded and practically inaccessible Stalinist Communist country – and asked him to allow Refik and his wife to travel to Israel and attend the ceremony. "In those days, when danger and death were all around, the small and brave Albanian people proved their greatness! Without any fuss and without asking anything in return, the Albanian people performed the elementary human duty and saved the lives of their Jewish refugees", he wrote. Gavra enclosed photos his father had taken in Tirana, on 28 November 1944, during the victory parade showing Albania's president Hoxha.

Refik Veseli and his wife were granted permission to travel and attended the ceremony in their honor at Yad Vashem.

On May 23, 2004, Yad Vashem recognized Hamid and Xhemal Veseli as Righteous Among the Nations.

Besa: A Code of Honor - Muslim Albanians who Rescued Jews During the Holocaust