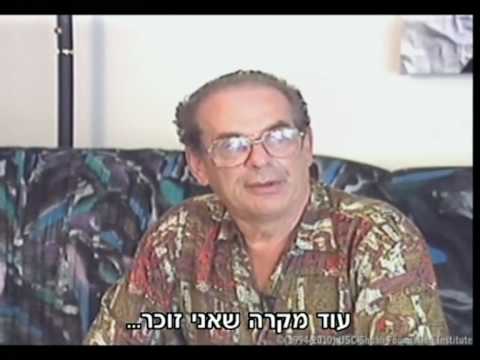 While indifference and hostility to the Jews’ fate was common, some Poles chose to help their former Jewish neighbors, even though hiding Jews was punishable by death. The murder of the Ulma family – an entire family that was killed together with the Jews they were hiding – has become a symbol of Polish sacrifice and martyrdom during the German occupation. It stands in stark contradiction to the conduct of the villagers of Jedwabne, who murdered their Jewish neighbors in July 1941, and who have become to represent Polish complicity in the murder of the Jews.

Jozef Ulma was a farmer and lived with his wife Wiktoria and their six young children in the small town of Markowa in the county of Lancut, district of Rzeszow. Ulma cultivated his farm and engaged in photography. With his camera he documented his family and life in his rural town.

The Ulmas, like other residents of Markowa, had witnessed the execution of the Jews of their small town in the summer of 1942. The Jews were taken out of their homes, shot and buried in a former animal burial ground. Some managed to escape and went into hiding in the surrounding area. In November 1942 the local fire brigade was ordered to search for the escapees in the town and its vicinity, and to turn them in to the Germans. The number of Jewish victims in Markowa is unknown.

In the fall of 1942, while the hunt for Jews was going on in the entire area, a Jewish family from Lancut by the name of Szall came to Markowa to find shelter. When they asked Josef and Wiktoria Ulma to hide them, the couple agreed, and took them in along with two sisters – Golda and Layka Goldman. “These Jews stayed on the premises of the Ulmas and slept in the garret of the house... They never hid in particular, since all of them were busy helping to run the Ulmases’ farm,” reported Stanislaw Niemczak, a neighbor of the Ulma family. Although the Ulma house was at the outskirts, the Jews’ presence on the farm was soon discovered. It is not certain who denounced them to the Germans, but a study conducted by Mateusz Szpytma for the Polish IPN (Institute for National Remembrance), states that it was probably a policeman from Lancut by the name of Wlodzimierz Les. Les knew the Szall family’s whereabouts, because he had helped them at an earlier stage in return for payment. Since then he had been holding on to the Szall’s belongings. When they wanted to retrieve their property, Les turned them in.

In the night of 23-24 March 1944 German police came to Markowa from Lancut. They found the Jews on the Ulma farm and shot them to death. Afterwards they murdered the entire Ulma family - Jozef, Wiktoria, who was seven month pregnant, and their six small children - Stanislawa, Barbara, Wladyslawa, Franciszka, Maria, and Antoni. The eldest of the Ulma’s children had just begun to attend classes in primary school.

Yehuda Erlich, was hiding in Sietesz, only a couple of miles from Markowa. He applied to Yad Vashem to have his rescuers,  Jan and Maria Wiglusz, recognized as Righteous Among the Nations, and in his testimony also described the immense impact of the murder of the Ulma family: “These were hard time for them [Jan and Maria Wiglusz] and for us. Searches were conducted both by the Germans and the Polish peasants themselves, who wanted to find the hiding Jews. In spring 1944 a Jewish family was discovered hiding with Polish peasants. The Polish family – eight souls, including the pregnant wife – was killed with the hiding Jews. As a result, there was enormous panic among the Polish peasants who were hiding Jews. The morning after 24 corpses of Jews were discovered in the fields. They had been murdered by the peasants themselves, who had hidden them for twenty months.” Others continued to shelter the Jews, including the Wiglusz family and other families in Markowa and the surroundings.

On September 13, 1995, Yad Vashem recognized Jozef Ulma and his wife, Wiktoria Ulma, as Righteous Among the Nations.

A monument in remembrance of Josef and Wiktoria Ulma and their six children was inaugurated in Markowa in 2004.