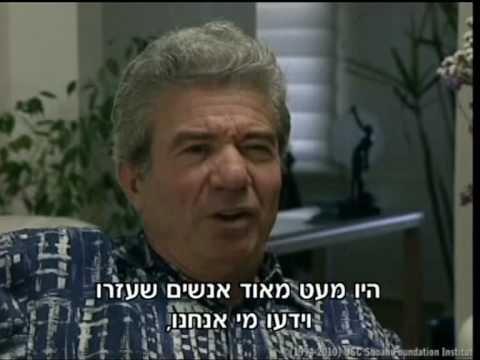 Rescued by Righteous Among the Nations: Sigmund Rotenberg’s story 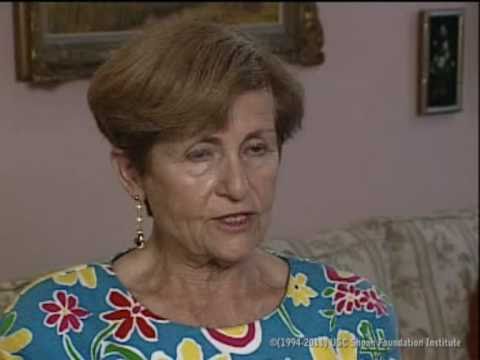 This is the story of the rescue of four children of one family whose parents were deported to Auschwitz. Ten people were recognized as Righteous for their rescue. They came from different backgrounds – priests, nobility, farmers and a simple house-keeper – but they had a common goal: to protect the children despite the danger of denounciation and arrest.

Father Louis Celis served as a priest in Gotem (Belgium), a village in the Liège/Luik region. His brother, Hubert, was priest of the nearby community of Halmaal. In September 1942, Monsignor Louis-Joseph Kerkhofs, Bishop of Liege, invited some of the clerics in his diocese and encouraged them to rescue Jews. Father Hubert Celis, who was among the priests that were convened by Kerkhofs, reported to Yad Vashem that “in view of the danger one was exposed to, the bishop did not want to oblige anyone, but he wanted his priests to know how proud he would be of them, if they risked their lives to save others.” Monseignor Kerkhofs also put the priests in contact with the lawyer and Resistance member Albert Van den Berg who undertook to keep the priests informed about every new German decree regarding Jews.

Father Hubert was present at this meeting. As it turned out, his response to the Bishop’s appeal was soon to be tested. Once he had returned home, Tena Rotenberg, accompanied by one of his parishioners, came knocking on his door. With tears in her eyes Tena Rotenberg told him that her family had left Brussels because of the danger to the Jews, but that she was about to be arrested. She pleaded with him to take care of her four children. Father Hubert acted immediately. He placed the two girls, sixteen-year-old Regine and two-year-old Sonia with his eighty-year-old father, Joseph, who lived with his daughters Bona and Lucy in Saint Trond; the two boys, thirteen-year-old Wolfgang and nine-year-old Sigmund, were put in the care of his brother, Father Louis and his housekeeper Marie-Louise Tabruyn.

In order to avoid suspicion as to their origin, the Rotenberg boys had to attend church services regularly, but in the privacy of his home, Father Louis Celis made sure that the boys would preserve their Jewish identity. He required of Wolfgang to put on his phylacteries (Tefillin) and recite his prayers, and went as far as to inform himself about the Jewish rituals so that he could make sure that the boys kept the tradition. His housekeeper Marie-Louise Tabruyn, helped the priest to take care of the boys. The two of them acted like real parents for Wolfgang and Sigmund.

Father Hubert Celis kept in touch with the children’s parents, Moszek and Tena Rotenberg and frequently went to see them. However, one month after they had handed their children to Father Hubert, they were denounced by an informer, arrested and deported. The Celis family now had full responsibility for the children's fate. Apart from taking care of the Rotenberg children, it is known that Father Hubert hid four or five Jews in his home for shorter periods of time.

On the day the parents of the Rotenberg children were captured, Hubert Celis was arrested for the first time. The officer who interrogated him threatened to shoot him if he didn't reveal the children's whereabouts, but being a Catholic himself, the policeman didn't dare go as far as harming a priest, and Celis was released.

With their names figuring on the Germans’ wanted list, their situation became very dangerous. Louis decided that in order to ensure their safety, it was better to place the boys with another family. He himself went into hiding, but his housekeeper remained in contact with the two brothers to guarantee their well-being. When the boys told her that they were not happy in their new hiding-place, she informed Celis who subsequently placed them with the Baron Raymond and the Baroness Marcelle de Tornaco in Voort. The baron and his wife lodged the two boys in a little house where the garden tools were kept. They stayed in a small room under the roof where food was brought to them every day, and where Marie Louise Tabruyn paid them weekly visits, bringing them clean clothing and sweets. Towards the end of the occupation, the boys returned to Father Celis and Marie-Louise Tabruyn. He also arranged for Regina to be temporarily placed with friends, and found a permanent shelter for Sonia with Alfons and Clementina Maris who had a farm in Zonhoven (Limburg). A few weeks later, after the situation had quieted down and the danger to his family seemed to be over, Regina returned to the home of Joseph Celis and his daughters.

One day, two strangers, a man and a woman appeared at the front door of Father Louis's home. They turned out to be Jews who had jumped from a train that was on its way to Germany. Louis Celis took them in despite the great danger. The Germans, on the lookout for escaped prisoners, had encircled the village and were searched every house. The Jewish couple wanted to leave, but the priest would not let them go. In order to keep up that pretense of normalcy, Wolfgang and Sigmund were strolling in the garden as if nothing unusual was happening. The ruse worked. The Germans came to the front steps of Celis’s house but did not enter. After a week the Jewish couple left for another location. Again, Father Celis begged them not to go, but they insisted. A year later, it was learned that they were caught and killed

On May 3, 1944, Regina Rotenberg was denounced and arrested in the home of Joseph Celis. It was the same policeman who had arrested her parents eighteen months earlier, who came for her. She was deported to Auschwitz, where her parents Moszek and Tena had perished. She survived the camp and returned after the war. The same day Regina was taken, Father Hubert was arrested for the second time, but again managed to talk himself out of trouble.

After the war the Rotenberg children immigrated to the USA, but maintained close contact with the Celis family. It was Father Hubert Celis who led Regina to the canopy when she got married. With their parents gone, Father Celis, the last person who had seen the Rotenbergs before their arrest and the person who assumed responsibility for the chindren's survival, became the closest family of the four siblings.

Regina Rotenberg-Wolbrom who was saved by the Celis family filled out Pages of Testimony for her parents, Moszek & Tena Rotenberg, who perished in the Holocaust.

On March 25, 1980, Yad Vashem awarded the title of Righteous Among the Nations to the members of the Celis family and to the others who were involved in the rescue of the four Rotenberg children: Joseph Celis, his daughters Bona and Lucy Celis, his two sons, the priests Hubert and Louis Celis, as well as Marie Louise Tabruyn, Father Louis Celis’ housekeeper, Alfons & Clementina Maris and Baron Raymond & Baroness Marcelle de Tornaco.

Belgium. The Encyclopedia of the Righteous among the Nations
$43.50
Buy Now