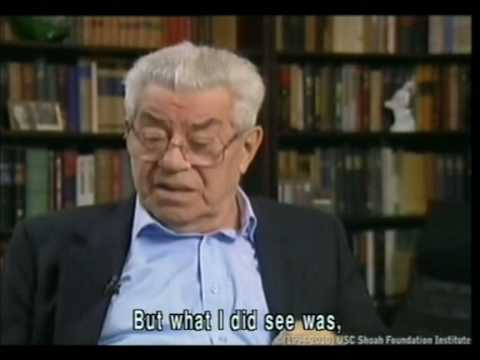 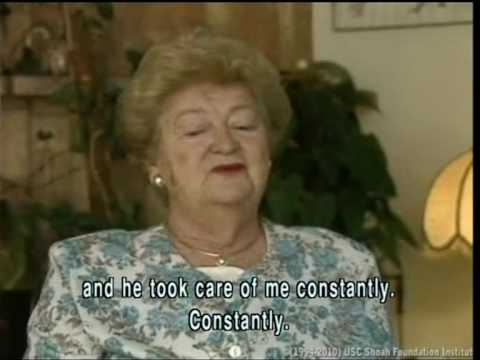 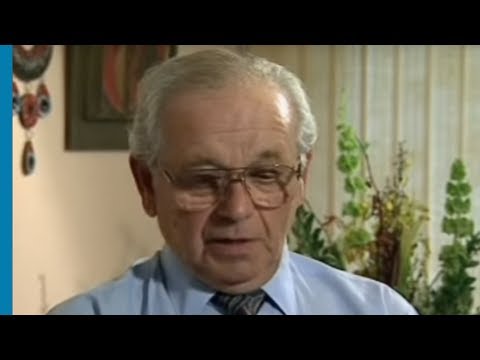 Oskar Schindler was born on April 28, 1908 at Zwittau/Moravia (today in the Czech Republic).

His middle-class Catholic family belonged to the German-speaking community in the Sudetenland. The young Schindler, who attended German grammar school and studied engineering, was expected to follow in the footsteps of his father and  take charge of the family farm-machinery plant. Some of Schindler’s schoolmates and childhood neighbors were Jews, but with none of them did he develop an intimate or lasting friendship. Like most of the German-speaking youths of the Sudetenland, he subscribed to Konrad Henlein’s Sudeten German Party, which strongly supported the Nazi Germany and actively strove for the dismemberment of Czechoslovakia and their annexation to Germany . When the Sudetenland was incorporated into Nazi Germany in 1938, Schindler became a formal member of the Nazi party.

Shortly after the outbreak of war in September 1939, thirty-one-year-old Schindler showed up in occupied Krakow. The ancient city, home to some 60,000 Jews and seat of the German occupation administration, the Generalgouvernement, proved highly attractive to German entrepreneurs, hoping to capitalize on the misfortunes of the subjugated country and make a fortune. Naturally cunning and none too scrupulous, Schindler appeared at first to thrive in these surroundings.  In October 1939, he took over a run-down enamelware factory that had previously belonged to a Jew.  He cleverly maneuvered his steps- acting upon the shrewd commercial advice of a Polish-Jewish accountant, Isaak Stern - and began to build himself a fortune. The small concern in Zablocie outside Krakow, which started producing kitchenware for the German army, began to grow by leaps and bounds. After only three months it already had a task-force of some 250 Polish workers, among them seven Jews. By the end of 1942, it had expanded into a mammoth enamel and ammunitions production plant, occupying some 45,000 square meters and employing almost 800 men and women. Of these, 370 were Jews from the Krakow ghetto, which the Germans had established after they entered the city.

A hedonist and gambler by nature, Schindler soon adopted a profligate lifestyle, carousing into the small hours of the night, hobnobbing with high ranking SS-officers, and philandering with beautiful Polish women. Schindler seemed to be no different from other Germans who had come to Poland as part of the occupation administration and their associates. The only thing that set him apart from other war-profiteers, was his humane treatment of his workers, especially the Jews.

Schindler never developed any ideologically motivated resistance against the Nazi regime. However, his growing revulsion and horror at the senseless brutality of the Nazi persecution of the helpless Jewish population wrought a curious transformation in the unprincipled opportunist. Gradually, the egoistic goal of lining his pockets with money took second place to the all-consuming desire of rescuing as many of his Jews as he could from the clutches of the Nazi executioners. In the long run, in his efforts to bring his Jewish workers safely through the war, he was not only prepared to squander all his money but also to put his own life on line.

Schindler’s most effective tool in this privately conceived rescue campaign was the privileged status his plant enjoyed as a “business essential to the war effort” as accorded him by the Military Armaments Inspectorate in occupied Poland. This not only qualified him to obtain lucrative military contracts, but also enabled him to draw on Jewish workers who were under the jurisdiction of the SS. When his Jewish employees were threatened with deportation to Auschwitz by the SS, he could claim exemptions for them, arguing that their removal would seriously hamper his efforts to keep up production essential to the war effort. He did not balk at falsifying the records, listing children, housewives, and lawyers as expert mechanics and  metalworkers, and, in general, covering up as much as he could for unqualified or temporarily incapacitated workers.

The Gestapo arrested him several times and interrogated him on charges of irregularities and of favoring Jews. However, Schindler would not desist. In 1943, at the invitation of the American Jewish Joint Distribution Committee, he undertook a highly risky journey to Budapest, where he met with two representatives of Hungarian Jewry. He reported to them about the desperate plight of the Jews in Poland and discussed possible ways of relief.

In March 1943, the Krakow ghetto was being liquidated, and all the remaining Jews were being moved to the forced-labor camp of Plaszow, outside Krakow.  Schindler prevailed upon SS-Haupsturmführer Amon Goeth, the brutal camp commandant and a personal drinking companion, to allow him to set up a special sub-camp for his own Jewish workers at the factory site in Zablocie. There he was better able to keep the Jews under relatively tolerable conditions, augmenting their below-subsistence diet with food bought on the black market with his own money. The factory compound was declared out of bounds for the SS guards who kept watch over the sub-camp.

In late 1944, Plaszow and all its sub-camps had to be evacuated in face of the Russian advance. Most of the camp inmates—more than 20,000 men, women, and children—were sent to extermination camps. On receiving the order to evacuate, Schindler, who had approached the appropriate section in the Supreme Command of the Army (OKW), managed to obtain official authorization to continue production in a factory that he and his wife had set up in Brünnlitz, in their native Sudetenland. The entire work force from Zablocie—to which were furtively added many new names from the Plaszow camp—was supposed to move to the new factory site. However, instead of being brought to Brünnlitz, the 800 men—among them 700 Jews—and  the 300 women on Schindler’s list were diverted to Gross-Rosen and to Auschwitz, respectively.

When he learned what had happened, Schindler at first managed to secure the release of the men from the Gross-Rosen camp.  He then proceeded to send his personal German secretary to Auschwitz to negotiate the release of the women. The latter managed to obtain the release of the Jewish women by promising to pay 7 RM daily per worker. This is the only recorded case in the history of the extermination camp that such a large group of people were allowed to leave alive while the gas chambers were still in operation.

One of the most remarkable humanitarian acts performed by Oskar and Emilie Schindler involved the case of 120 Jewish male prisoners from Goleszow, a sub-camp of Auschwitz. The men had been working there in a quarry plant that belonged to the SS-operated company “German Earth and Stone Works.”  With the approach of the Russian front in January 1945, they were evacuated from Goleszow and transported westward in sealed cattle-wagons, without food or water. At the end of a seven-day grueling journey in the dead of winter, the SS guards finally stationed the two sealed cattle-cars with their human cargo at the gates of Brunnlitz. Emilie Schindler was just in time to stop the SS camp commandant from sending the train back. Schindler, who had rushed back to the camp from some food-procuring errand outside, barely managed to convince the commandant that he desperately needed the people who were locked in the train for work.

When the wagons were forced open, a terrible sight was revealed. The Schindlers took charge of the 107 survivors, with terrible frostbite and frightfully emaciated, arranged for medical treatment and gradually nourished them back to life. Schindler also stood up to the Nazi Commandant who wanted to incinerate the corpses that were found frozen in the boxcars, and  arranged for their burial with full Jewish religious rites in a plot of land near the Catholic cemetery, which he had especially bought for that purpose.

In the final days of the war, just before the entry of the Russian army into Moravia, Schindler managed to smuggle himself back into Germany, into Allied-controlled territory. The wartime industrial tycoon was by now penniless. Jewish relief organizations and groups of survivors supported him modestly over the years, helping finance his (in the long run, unsuccessful) emigration to South America. When Schindler visited Israel in 1961, the first of seventeen visits, he was treated to an overwhelming welcome from 220 enthusiastic survivors.  He continued to live partly in Israel and partly in Germany. After his death on 9 October 1974 in Hildesheim, Germany, the mournful survivors brought the remains of their rescuer to Israel to be laid to eternal rest in the Catholic Cemetery of Jerusalem. The inscription on his grave says: 'The unforgettable rescuer of 1,200 persecuted Jews".

In 1962 a tree was planted in Schindler's honor in the Avenue of the Righteous at Yad Vashem. On June 24, 1993, Yad Vashem recognized Emilie and Oskar Schindler as Righteous Among the Nations.