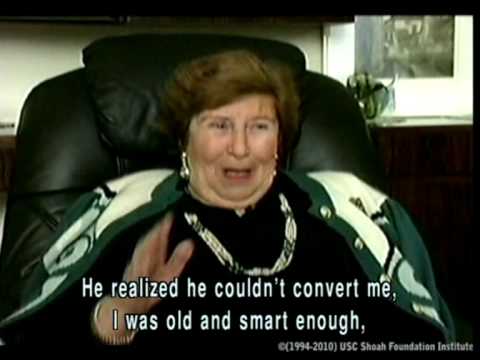 Rescued by Righteous Among the Nations: Rachel Lewin’s Testimony 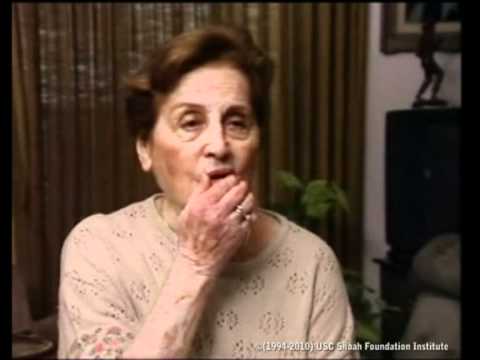 Rescued by Righteous Among the Nations: Pnina Tory’s Testimony

Born in 1897 to a farming family with eleven children, Father Bronius Paukstys entered the priesthood and joined the Salesian order, living the life of a monk.

When the Germans occupied Lithuania, Father Paukstys began saving Jewish lives. He did not follow the footsteps of Archbishop Vincentas Brizgyz, head of the Catholic Church in Lithuania, who turned down the Jews' petition for help on grounds that this may jeopardize the Church's position or of Father Ignatavicius who held mass for one of the Lithuanian auxiliary police battalions that was deeply involved in the murder of the Jews. Paukstys did whatever he could: he provided false papers to the ghetto underground; helped Jews escape from the ghetto; hid them in his quarters and found places of shelter for them. His activity was criticized. Paukstys told Avraham Tory, one of the people he helped, that he was reprimanded by his superiors and warned of the repercussions to the church if his activity was discovered. Father Paukstys did not shy from the warnings of his superiors nor from the danger to his person. His activity was so bold that at one point he had to flee from Kovno. Pnina Tory who was hiding in a Lithuanian village with her daughter, testified that Paukstys would occasionally visit her in her hiding place and take letters back to the ghetto for her. But on one occasion the good Father had to go into hiding, because the Germans were suspicious and his help to the Jews was almost discovered.

The survivors that were helped by Father Paukstys were impressed with his deep respect for their identity as Jews. When after liberation Masha Rabinowitz came to thank Father Bronius Paukstys for his help and asked for his blessing for her soon-to-be marriage, the priest told her and her fiancé:

"If you wish to respect my feelings, please marry according to the Law of Moses and Israel and have my friend Rabbi Oshri conduct the ceremony."

Paukstys' survivors remembered not only his assistance to their physical survival, but also his keeping up their spirits and helping them to maintain their faith in mankind. Pnina Tory told Yad Vashem:

"The very appearance of a man like Bronius Paukstys instilled in our hearts the hope that not all was lost, that not all men had turned to predator animals or cowards. That there are still people with morals and conscience, goodhearted and compassionate, and on top of that, gifted with a unique courage and urge to combat evil."

Bronius' brother, Juozas Paukstys, a professor of agriculture, helped him in his rescue activity.

The danger to Father Paukstys was not over after liberation. His Lithuanian patriotism put him at risk with the Soviet rulers. The survivors tried to persuade him to join them and go to Palestine with them, but the good father didn't want to leave his country. 'I cannot abandon my flock', he said to them, 'here I belong, and I must fight the Bolsheviks as I fought the Nazis'. After his arrest, Masha Rabinowitz assembled other Jews and petitioned the authorities on his behalf, but to no avail. Pausktys was sent to Siberia, and returned only in 1956. He lived for another ten years, and died in 1966 at the age of 69.

On February 23, 1977, Yad Vashem recognized Bronislovas Paukštys and Juozas Paukštys as Righteous Among the Nations.