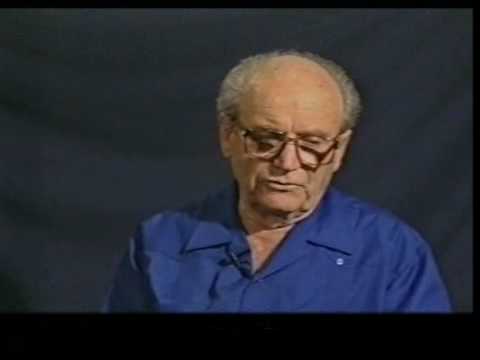 Rescued by Righteous Among the Nations: Efraim Fishman’s story

Antonina Kulakovskaya lived in Rovno (Rivne) in Vohlynia with her two daughters, Vera and Nadya. The Germans conquered Rivne on June 28, 1941, and, a few days later, outside her house, Kulakovskaya became witness to a group of Jews that had been ordered to dig trenches. Kulakovskaya immediately approached one of the Jews and invited him to come to her home after his day’s work. Later that day, Kulakovskaya made a warm meal for Efraim Fishman and then offered that he should come to her home every day to teach her children reading and math. Fishman became a regular visitor at the Kulakovskayas’ home and he soon realized that they were involved with the anti-Nazi underground.

Because of her connections to the underground Kulakovskaya found out about imminent Aktionen and on the eve of the big massacre of Rovno’s Jews in the end of 1941, she hid Fishman in the attic of her home. Fishman did not leave the hideaway for two weeks and when he emerged, he asked Kulakovskaya to accompany him to his parents’ home in the town of Dubrovitsa, north of Rivne, to fetch his sister. Kulakovskaya agreed and the two made the journey together and returned to Kulakovskaya’s home with fourteen-year-old Riva Fishman. Fishman and his sister hid in Kulakovskaya’s home until March 1942. During this time, Vera, Kulakovskaya’s oldest daughter, took care of providing the Jewish wards with food and kept their shelter clean. Later, after Kulakovskaya procured identity documents made out in a Polish name for Fishman, he left Rivne and survived the war in eastern Ukraine under false identity.

His sister Riva did not survive. She missed her parents terribly and could not stand the to be separated from them. She therefore asked to leave her relatively safe hiding place and returned to Dubrovitsa. Shortly afterwards, in July 1942, when the second killing wave was launched, she was killed with her family.

Kulakovskaya continued with her underground activities, and her apartment soon became a meeting place for the partisans. In 1943, after the Gestapo had already apprehended her once, armed policemen and Germans broke into her home, found weapons there, and arrested her and her daughters. Two Soviet partisans that were in her home at the time were shot in a gunfight and her daughters were then put in prison. Kulakovskaya was brutally interrogated in front of her children but she did not reveal any information. In December 1943, Kulakovskaya was executed. Fishman survived the war and later immigrated to Israel.

On July 14, 1996, Yad Vashem recognized Antonina Kulakovskaya as Righteous Among the Nations.