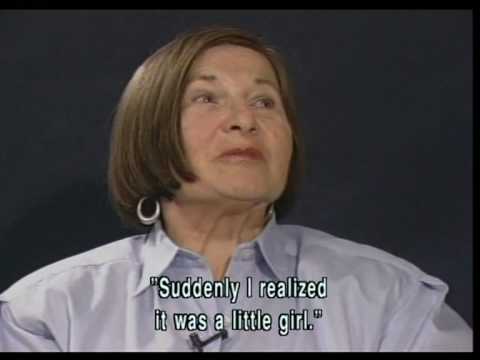 Rescued by Righteous Among the Nations: Masha Wolfstal’s story
Testimony

This is the extraordinary story about the power of faith and of the rescue of a young Jewish woman by Baptist villagers in Volhynia.

In early September 1942, a 20-year-old Fanya Rozenfeld from Rafałówka arrived at the home of Filip and Teklya Konyukh, simple farmers living in the village of Mulczyce the county of Sarny. Fanya was the sole survivor of her family who had been killed during the liquidation of the ghetto in Rafałówka on August 29, 1942. Fanya had managed to escaped and had since been wandering in the forests, going from time to time to a village to get some food.

The Konyukhs, like most villagers in the area, were Baptists. At first they permitted Fanya to spend the night at their home. The following morning, Rozenfeld told her hosts that she had dreamt at night that she had been reading out verses from the Book of Isaiah in front of a congregation. When Konyukh heard this, he immediately took Rozenfeld to the Batpists’ weekly gathering in preacher Konon Kaluta’s home in the village of Młynek. Kaluta was one of the regional Baptist leaders and he was a known commentator of the Bible. Fanya’s knowledge of the Bible impressed the congregation deeply, and motivated them to help save her. After the meeting, Rozenfeld returned to the Konyukhs’ home, where she was treated as a family member. She helped out with the housework and also offered commentaries on verses from the Old Testament. Consequently, the Baptists named her “Saint Feodosiya.”

The Konyukhs also afforded shelter to two other Jews, Sender Appelboim and his father Shlomo, who had escaped from the ghetto in Wlodzimierzec. Konyukh told them: “God sent you to me and I consider it an honor to save Jews.” After a few months, in late 1942, the search for Jews and partisans in the area intensified, and the three Jews were obliged to leave the Konyukhs’ home. Appelboim and his father turned to Mefodiy Logatskiy, whom they knew before the war, and Fanya Rozenfeld moved to Kaluta’s home in the village of Młynek. Kaluta lived with his second wife, Anna, their four children and two daughters from Konon’s previous marriage, Anna and Mariya. Rozenfeld stayed with the Kalutas for about a year. Here too, the Bible and the Baptists faith in the role of the Jewish people played an important role, and Kaluta would preach in his sermons about the duty to help save Jewish lives.

In early 1943, The Kalutas took another Jewish girl into their home. She was Rivka Bass, a 13-year-old girl whose father, Yakov, and brother, David, were hiding in the forest. At some point during this time Fanya, herself a victim to persecution, became the rescuer of another young Jewish girl. Eleven-year-old Masha Dreizen –Wolfstal, also from Fanya’s hometown Rafałówka, had been left in the forest, all alone, and was lying helplessly on the ground. After the war she wrote about “Fanya, My Angel” in the Memorial book for Rafałówka. She described how Fanya found her in the forest: “Someone resembling an angel dressed in beautiful warm clothes like a non-Jew, bowed down and spoke with a soft and pleasant voice.” Fanya picked her up and brought her to a Baptist family where she stayed until liberation. “I believed that Fanya was perhaps an angel. She was so beautiful and good”, wrote Masha. Fanya would visit Masha often and after liberation came to get her and brought her back to Rafałówka.

However Fanya’s existence with the Kalutas was threatened toward the end of 1943, when gangs of armed Ukrainian nationalists who were deeply antisemitic arrived in the area. Rozenfeld decided to move to where she believed she would be safer – to the adjacent village of Sudcze, to the home of Andrey Kuyava, his wife Yarina and their son Nikolay. Kuyava was also a Baptist leader. At the beginning of her stay with this family, Rozenfeld hid in their barn, and when the gangs left the area and it became less dangerous, she emerged from her hiding place and lived openly until the liberation of the area by the Red Army in February 1944.

Shortly after the war Rozenfeld married Yakov Bass, whose daughter had been in hiding with her at the Kaluta family. Together with Yakov’s children the couple immigrated to Israel. Their family never lost touch with Fanya and Rivka’s wartime rescuers.

On February 22, 1995, Yad Vashem recognized Filip and Teklya Konyukh, their sons Aleksander and Andrey Konyukh, Konon and Anna Kaluta, his daughters, Anna Chugay and Mariya Blyshchik, Andrey Kuyava, his wife, Yarina Kuyava, and their son, Nikolay Kuyava, as Righteous Among the Nations.