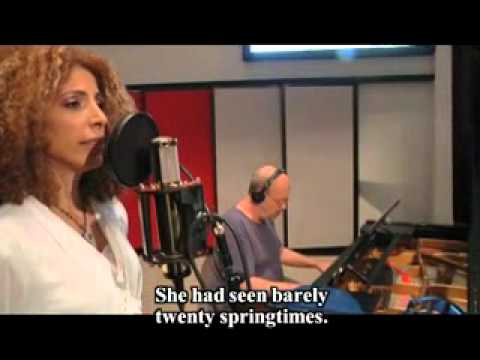 The first time Andrée Geulen, a 20-year-old teacher in a Brussels school, was confronted with the persecution of the Jews was when one day some of her students arrived at school with the compulsory yellow star on their clothes. Like many other Belgians, until that time Geulen hadn't paid attention to the anti-Jewish measures and the persecution of the Jews. But once she was faced with the discrimination of her students, she decided to act. She ordered all her students to wear aprons to school, thus covering the humiliating marking imposed on the Jews.

Geulen became engaged in rescue after meeting Ida Sterno, a Jewish member of the clandestine organization Comité de Défence des Juifs – Jewish Defense Committee – who needed a non-Jewish partner who would help her accompany Jewish children to their hiding places. Geulen was given a code name – Claude Fournier – and was told leave her parents’ home and move to the boarding school where she was teaching. The Gaty de Gamont School was deeply involved in hiding Jewish children. At the initiative of the headmistress, Odile Ovart, twelve Jewish students were harbored at the school.

In May 1943 the school was raided in the middle of the night by the Germans. It is suspected that the raid was the result of denunciation. The students were brutally woken up, dragged out of bed in order to have their identities checked. The timing was well chosen. It was during Pentecost – all non-Jewish students were spending the holiday with their families at home, while the Jewish children who had nowhere to go stayed behind at school. The Jewish children were arrested, and the teachers interrogated. Andrée Geulen didn't show any fear and when the German asked her if she wasn't ashamed to teach Jews, she brazenly responded: 'Aren't you ashamed to make war on Jewish children?'.

Geulen managed to evade arrest, but Odile Ovart and her husband were arrested and deported to concentration camps in Germany where both perished. Both were recognized as Righteous Among the Nations by Yad Vashem. The incident did not deter Geulen from continuing her illegal work. On the contrary. As she left school that night, she went to tell all the Jewish students she knew of the raid and warned them of returning to school. Her involvement with rescue got deeper and she now embarked on a clandestine existence. Geulen rented an apartment under her false name, and shared it with Ida Sterno. Contact with the rescue organizations was maintained through secret post office boxes, one was located in an antique shop.

For more than two years, Andrée collected children and moved them to Christian families and monasteries. She made sure that the families were able to take in the children and  continued to visit them and look after their needs. “Ida and I went to pick up the children from the parents who turned to us for help. We told the parents to prepare a suitcase, and that we would return in a day or two…  I still weep when I think of the times when I had to take children from their parents, especially children aged 2-3, without being able to tell the parents where I was taking their children.”. When going out on a mission, she would commit the names and addresses to memory, but in secret, she kept a record of the original names and assumed identity of hundreds of children in hiding, many of whom never saw their parents again.

In May 1944 Ida Sterno was arrested and imprisoned in Malines camp and Geulen had to go into hiding. She nevertheless visited Sterno in Malines using an assumed name and continued their work until the very last moment.  Upon liberation, Geulen kept busy, working in a reverse direction - to fetch the children from the families and return them to their families or relatives. Over the years she kept in touch with "her" children, continuously astounding them by remembering all the details about their childhood in hiding.

On August 2, 1989, Andrée Geulen was recognized as a Righteous Among the Nations.

18 years later she came for yet another visit to Yad Vashem on the occasion of a conference of the hidden children of Belgium. At a special ceremony at Yad Vashem she was awarded honorary citizenship of the State of Israel.

Belgium. The Encyclopedia of the Righteous among the Nations
$43.50
Buy Now