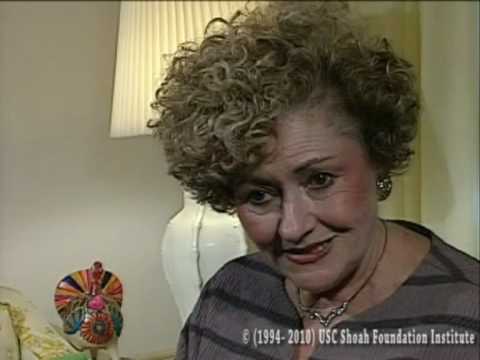 Rescued by Righteous Among the Nations: Testimony of Laura Oberlander 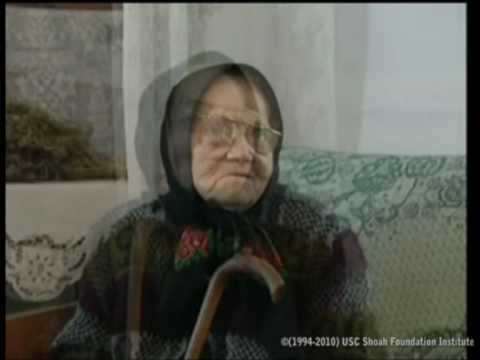 Righteous Among the Nations: Testimony of Lyubov Gerasimchik
Related Information

18 Months in a Haystack

Pavel (Pavlo) and Lyubov (Lubka) Gerasimchik and their teenage three children, Klavdiya, Galina, and Nikolay, lived in the village of Szubkow, close to the town of Tuczyn in the district of Równe, Wołyń. In 1935, Pavel Gerasimchik became acquainted with Isaak Khomut (later Emmet), a well-to-do Jew from Tuczyn who was married and had two daughters. When the Germans occupied the area at the beginning of July 1941, unlike most of the locals, Gerasimchik did not turn his back on his Jewish acquaintance. Despite the hardships brought about by the war, his thoughts turned to the Jewish family who were in even greater danger and need, and he told the Khomuts that he would be willing to host them in his home should it become necessary.

In September 1942 when preparations were made to liquidate the Tuczyn ghetto, the Khomut family decided to flee and head for Szubkow. Their attempt failed and they were forced to return to their house in the ghetto. To their great surprise, the following day Gerasimchik appeared at the Khomuts' home and offered to hide the family in his home for a short while. The Khomuts took Gerasimchik up on his offer and when it became dark, Khomut's wife, Polina and their eight-year-old daughter, Lara, secretly left the ghetto and were driven by Pavlo to his village, hidden under the straw in his cart. A few days later, after the ghetto was liquidated, Khomut joined his wife and child. The Khomuts eldest daughter Hanele had been handed over to another family that had promised to save her. Unfortunately, as it turned out, they betrayed her to the authorities and she was killed.

In view of the danger to whoever hid Jews, the decision to take in a Jewish family was probably a very hard decision for Gerasimchik. By agreeing save the Jews he put not only himself, but also his entire family in danger. In fact, intense searches for Jews were repeatedly carried out in the area and locals caught harboring Jews paid with their lives. Gerasimchik was very troubled by having endangered himself and his family. Soon after the Khomuts had arrived, he reminded them that he had only invited them into his home for a short time, and asked them to leave. However, watching the Jewish family preparing to leave the relative safety of his home to what was certain death, Gerasimchik changed his mind and instead of letting his wards move on, started to build a hideout for them under his threshing floor.

What began with an offer of temporary shelter, evolved into Gerasmichik’s hiding the Khomut family for the duration of the occupation. For 18 months Jewish family secretly stayed in two hideouts in the Gerasimchik's yard. Gerasimchik's wife and children played an active role in caring for and saving the Jewish family. They brought them food and cleaned the chamber pots every day, and at night they stood on guard while their charges briefly left the hideout to breathe some fresh air. The entire Gerasimchik family worked hard to provide food for the extra mouths – not an easy task at the time of war. Towards the end of the occupation, as the Germans were retreating, 15 German soldiers billeted themselves on the Gerasimchiks' property. They stayed on the threshing floor exactly above the heads of the hidden Jews. For almost two weeks, until the Red Army liberated the area on February 15, 1944, the Gerasimchiks could not bring the Khomuts food.

After liberation, Gerasimchik returned the gold watch that the Khomuts had given them when they first moved in to their home. The Khomuts eventually immigrated to the United States.

On March 15, 1990, Yad Vashem recognized Pavel and Lyubov Gerasimchik as Righteous Among the Nations. Their children Klavdiya Kucheruk, Galina Gavrishchuk, and Nikolay Gerasimchik were awarded the title on December 6, 1999