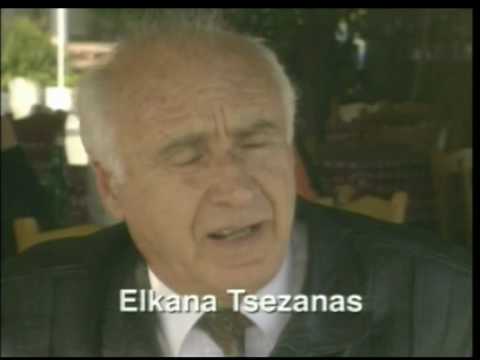 When the Second World War broke out, there were about 275 Jews living on the Greek island of Zakynthos in the Ionian Sea. Until 1943 the island was under Italian control and the Jews remained unharmed, however after Mussolini’s fall the Germans occupied the Italian territories and on September 9, 1943 a German force landed on the island.

The German commander ordered all Jews to be assembled so that they could be deported to the mainland and from there to the camps in Poland. To prepare for the deportation, the German officer summoned the Greek mayor, Carrer, and ordered him to prepare a list of all the Jews on the island. The mayor went to the local church leader, Metropolitan Chrysostomos for assistance. Chrysostomos volunteered to negotiate with the Germans and told Carrer to burn the list of Jewish names. He then approached the German commander and implored him not to deport the Jews. The Jews were Greek citizens, he said. They had done no harm to their neighbors and did not deserve to be punished by deportation. When the German would not listen and insisted on receiving the list of all local Jews, Chrysostomos took a piece of paper, wrote his own name on it and handed it over. “Here is the list of Jews your required”, he said.

The German authorities were resolved to continue with their plans. Realizing their attempt to stop the deportation failed, the Metropolitan and the mayor  warned the Jews on the island, told them to leave their homes and go into hiding in the mountains. Chrysostomos promised that the Greek islanders would provide them with food and shelter. Two thirds of the Jews followed the instructions and stayed in hiding until the island was liberated.

In August-September 1944 three small German boats came to deport the Jews. However the small German force was unable to round up all the Jews, and the community was left relatively unharmed.

Metropolitan Chrysostomos declared that he was following the example of Archbishop Demaskinos of Greece, who on 23 March 1943, after the first deportation trains left Thessaloniki for Auschwitz, published an outspoken condamnation of the deportation of Greece’s Jews. Demaskinos was known to have said:

“I have taken up my cross. I spoke to the Lord, and made up my mind to save as many Jewish souls as possible.”