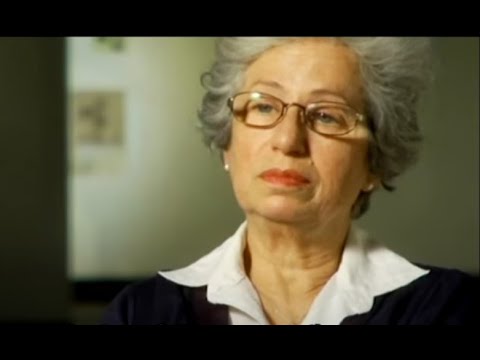 A Baby in a Parcel

Sometime in the winter of 1941-2, an unusual package was delivered to the offices of the Jewish Community in Zagreb, that operated under close surveillance of the Ustaša regime. It was delivered by a man who deposited the cardboard box and left without explanation. When the box was opened, the astonished community officials found a young baby and a note: 'Please take this baby to my cousin Blanka Fuerst'. The incident was described by Abraham Joshko: "One day in the end of 1941 or the beginning of 1942 a man brought a package to the Jewish community where I worked and left it there. When I opened the package I was stunned. In the package was a beautiful baby, and a note with the address of Blanka Fuerst".

Fuerst was called and after a tearful reunion with her little niece Dina, explained that the child's father Dragutin Buechler had been sent to Jasenovac – the largest camp established by the Croatian fascists – from where he never returned. The mother, Blanka Buechler, had been arrested with her daughter and incarcerated in the camp of Loborgrad. It seemed that the mother had found a way to smuggle her baby out of the camp.

Fuerst took her little niece home with her, but when the Germans began deporting Jews to Auschwitz in 1942, it became dangerous. She wanted to join the partisans and needed to find a safe place for her baby niece. She approached a convent, but the nuns felt they couldn't take such a young baby. She then found a woman who was willing to take the baby for payment. Blanka put the baby in the woman’s care and left. However when her pre-war friend, Djina Beritic, visited the child, she found that it was suffering from malnutrition and had very little clothes. Disregarding the danger to herself and to her son, Tihomil, Beretic decided to take the little girl away from the home where she was obviously badly treated, and to bring Dina to her home.

Beritic's husband was a seafarer who was almost never at home, and the entire responsibility fell on her shoulders. She and her son, who was a medical student, devotedly took care of little Dina, and taught the child to read and write.  Beritic didn't waver even when rumors spread that she was hiding a Jewish child, and her neighbors threatened to denounce her. In order to protect Dina she had her baptized, changed her name to Marija, and taught her to pray.

When the war ended Dina's parents did not return. They had both perished in the Holocaust. Blanka, the aunt who had joined the partisans came to fetch the child. Dina was most distraught to leave the warm home of Djina Beretic who had cared for her for a long time. Despite the difficulty in parting from the child she had come to love, Beritic explained to Dina that she was Jewish and should be brought up among her own family. Dina later immigrated to Israel, but continued to keep in touch with her rescuers.

The survivor, Dina Buechler-Chen filled out Pages of Testimony in memory of her parents - Blanka and Dragan.