Babilińska with Michael in Vilna

Gertruda Babilińska plants a tree in the Avenue of the Righteous, June 1962

Michael Stolowicki next to the tree in honor of Babilińska, 2008 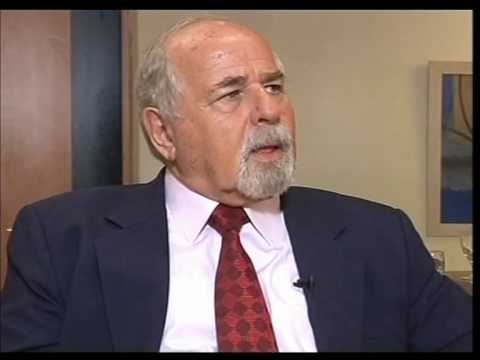 Rescued by Righteous Among the Nations: Mike Stolovitzky’s testimony

The Nanny That Kept Her Promise

Gertruda Babilińska was born in 1902 in Starograd, near Gdansk. Her father worked at the post office and she was the eldest of eight children. When she was 19 years old, she went to Warsaw to seek work. She found a position with a Jewish family, taking care of their two children. When the family decided to leave for Palestine, they offered to take the nanny along, but Babilińska wanted to stay in Poland.  She was then engaged as nanny by the Stolowickis, a prosperous Jewish family in Warsaw. Gertruda lived in the family's mansion and took care of their baby daughter. After the little girl died at a young age, Babilinka stayed along to help care of Lidia Stolowicki who was a sickly woman and suffered greatly from the loss of her child. In 1936 the couple had a son, Michael, and Babilińska became his nanny.

In 1939, when the Germans attacked Poland, Mr. Stolowicki was in Paris, and was never to rejoin his family. The comfortable life at the Stolowicki household ended abruptly.  While many of their employees and servants turned their back on the family, Gertruda not only remained loyal, but assumed responsibility for their survival. Lidia Stolowicka decided to take her three-year-old son and flee from Warsaw. Gertruda went with them for the dangerous journey. They wanted to go to Vilna, because it was rumored that it was possible to go abroad from there. After their car broke down, they continued by horse-drawn cart. The roads were being bombed, and Lidia Stolowicki was completely terrorized. It was Babilińska who took charge.

The three managed to reach Vilna, but were stranded there among many other Jewish refuges with no financial means, except the little money Gertruda was able to make. Lidia Stolowicki was unable to cope with the harsh conditions. She fell ill, suffered a stroke, and in April 1941 she died and was buried in the Jewish cemetery. Before her death, realizing that her days were numbered, she had asked Babilińska to take care for her child and to take him to the Land of Israel after the war.

Two months after the death of Michael’s mother, the Germans attacked the Soviet Union and occupied Vilna. “I was left alone, with a circumcised five-year-old child”, Babilińska said in her testimony to Yad Vashem. Soon the killing of the Jews began, and in September the ghetto was established. Babilinska decided to stay in their apartment. Demonstrating enormous resourcefulness she managed to obtain false papers and a baptismal certificate for the boy, and to have him registered as her nephew.

Their situation was very difficult, and they had to move into a smaller room. Babilińska used her knowledge of German to make a living by writing petitions to the authorities on behalf of local people. In return she received eggs, dairy products and poultry. Hardly making ends meet they lived in great danger – the Germans were in the habit of conducting impromptu raids on the apartments of the refugees from Warsaw. From where they lived they could see the ghetto and became witness to the roundups of the Jews. Babilińska sometimes went into the ghetto to help some of her acquaintances; on another occasion when Michael fell ill and she was afraid to go to a non-Jewish doctor, she went into the ghetto to find a Jewish doctor for the child. “There were many difficult moments”, she said in her testimony. “ but I knew that my mother was praying for me….”

When the war ended Babilińska decided to fulfill her promise to Michael's mother and take him to the Land of Israel. Before embarking on the journey she went with the child to her parents' home near Gdansk to take leave of her family. Although they tried to persuade her to stay, she stood by her promise and joined the Jewish refugees who were leaving the countries where their homes and communities had once stood and which had become sites of death and destruction. Since immigration to British controlled Palestine was restricted, Babilińska and Michael stayed in a DP camp (displaced persons camp) in Germany until passage was arranged for them on one of the boats that tried to illegally reach the Land of Israel. Despite assurances by members of the Hagana[the pre-state  Jewish defense forces] that they would look after the boy and make sure he reached Israel safely, Babilińska insisted on coming with him, declaring her willingness to throw in her lot with that of the other clandestine immigrants. In 1947 they sailed from France on the "Exodus". The boat was intercepted by British war ships and the passengers – Holocaust survivors who wanted to leave Europe and rebuild their lives in Israel - were forcibly put on British ships that took them back to Europe. The passengers refused to disembark in the French harbor, and the boat was returned to Hamburg, in the British zone of occupied Germany. There they were again put in DP camps. The hardship did not deter Babilińska, undaunted she made the journey again, finally arriving at the shores of Israel in 1948. She settled in Israel, where she raised Michael as her son. She lived in a small room and made a living cleaning houses. Although she remained a devout Catholic until her last day, she fulfilled her promise to his mother to raise him as a Jew.

On June 4, 1963, Yad Vashem recognized Gertruda Babilińska as Righteous Among the Nations.