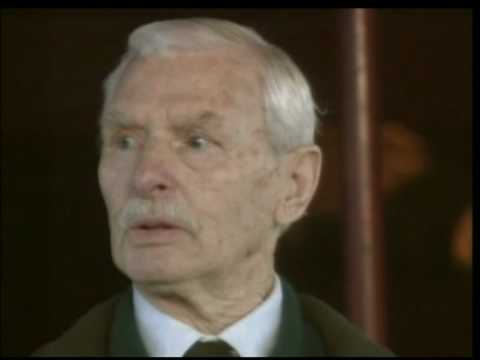 Rescue in a Circus: Righteous Among the Nations Adolf and Maria Althoff
Related Information

Rescue in a Circus

Adolf Althoff's family had owned the famous Althoff circus since the 17th century. Adolf was born in 1913 in the family's circus wagon, while the circus performance was going on. When his older brother and sister took over the family enterprise in 1939, Adolf established his own circus. Shortly afterwards he married Maria, who was also from a circus family. The Adolf Althoff circus, which consisted of approximately 90 artists and their families, toured all over Europe, and continued its regular activity throughout the war years, traveling from one place to another.

In the summer of 1941, the circus stopped for a prolonged round of performances near Darmstadt in Hesse. One of the visitors at the site was a young girl by the name of Irene Danner. She was a descendant, on her mother’s side, of the Lorch family, a celebrated German-Jewish circus dynasty that had settled in the small town of Eschollbrücken near Darmstadt in the 19th century. Her father was non-Jewish and had been enlisted in the German army. Although Irene was half-Jewish, she and her sister were considered Jews according to Nazi Germany's racial laws. They suffered from severe discrimination – they had been ostracized by their classmates, and following Kristallnacht in 1938, were entirely expelled from school. Irene had to give up violin lessons and was barred from fulfilling her dream and going to ballet school.

All doors were closing in Irene Danner’s face. She therefore went to Adolf Althoff in the hope of being able to join the circus. Although he was well aware of her Jewish descent and despite being subjected to severe control by the German Ministry of Culture, Althoff agreed to engage Irene in his circus under an assumed name. She soon fell in love with another circus artist, a clown by the name of Peter Storm-Bento from Belgium. They couldn't get married because of the racial laws, but soon had a child and then another.

In 1942, the persecution of the Jews of Darmstadt entered a new, lethal phase. On 20 March 1942, the first deportation to Lublin in Poland took place, to be followed by two more deportations in September 1942 and in February 1943. Irene’s Jewish grandmother was deported with the last deportation from Darmstadt and the family house was confiscated. Irene's mother, Alice, and her sister Gerda managed to escape to the circus. Peter Storm-Bento turned to Althoff and asked him to help his partner's family. “There was no question in our minds that we would let them stay…,” Althoff explained after the war, "I couldn't simply permit them to fall into the hands of the murderers. This would have made me a murderer." He provided shelter for the three women in his circus until the end of the war. They were eventually joined by Irene’s father, Hans Danner, who, like other partners in mixed marriages, had been sent home from the front and ordered to divorce his Jewish wife. Danner decided to defy his commanders and join his family’s clandestine existence.

Sheltering four illegals during the war years was a high-risk undertaking. Although the circus’ relative seclusion did afford some protection from inquisitive eyes, the Gestapo would regularly inspect the circus when it arrived at a new place. The Danners would then hide on the premises until the danger passed. The whole circus kept the secret. No one denounced the family, but the Althoffs had to reckon with the ever-present possibility of a denunciation by one or another disgruntled worker. The threat actually materialized once, but the wily circus director knew how to distract the Gestapo officers’ attention with a drink or two, giving the illegals extra time to disappear.

On January 2, 1995, Yad Vashem recognized Adolf and Maria Althoff as Righteous Among the Nations.

“We circus people see no difference between races or religions,” said Adolf Althoff, when he received the honor.