Zvi Unger lit one of six torches at the State Opening Ceremony of Holocaust Remembrance Day at Yad Vashem in 2008. 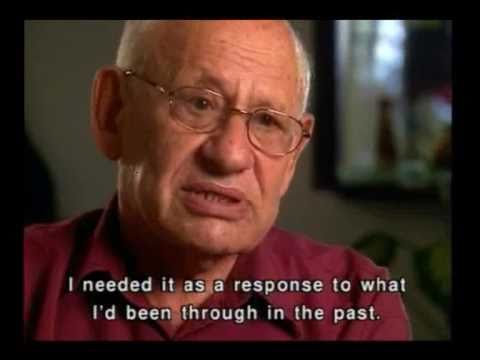 Zvi Unger was born in 1929 in Sosnowiec, Poland, to a large Orthodox and well-educated family. When the war broke out, his father helped raise funds to buy aircraft for the Polish army.

On 1 September 1939, the family fled, seeking safety in another district in Poland. Because of severe hardships, in 1941 Zvi and two of his brothers were sent to stay with relatives in the Świerzawa ghetto. In August 1943, the ghetto was liquidated. They tried to hide in an attic, but were discovered a few days later

In September 1943, Zvi was sent to Birkenau. When he got off the train, an inmate whispered to him that he should say he was 18. Thus Zvi survived the selection, and later many others by hiding under benches in the work camp. Zvi also met members of the sonderkommando, and witnessed their uprising.

In January 1945, Zvi was sent on a death march to Germany. After ten days, the inmates were put on a train for Buchenwald. On 11 April 1945, he was liberated from the camp by American soldiers. He was the lone surviving member of his family.

After a hospital stay, Zvi was moved to a children’s home near Paris. In 1947, he joined the Zionist Poalei Tzion movement in the South of France to prepare for his immigration to Eretz Israel in 1948. He joined the youth group at Kibbutz Ramat Hakovesh, and fought together with them in the War of Independence. In 1949, he was among the founders of Kibbutz Malkiyah on the Lebanese border, where he still makes his home. Over the years, Zvi has worked in bookkeeping, and also served as the coordinator of his kibbutz.

Zvi married Naomi, who passed away in 2007. They had four children and 10 grandchildren.