Denise Siekierski lit one of six torches at the State Opening Ceremony of Holocaust Remembrance Day at Yad Vashem ⁣in 2003. 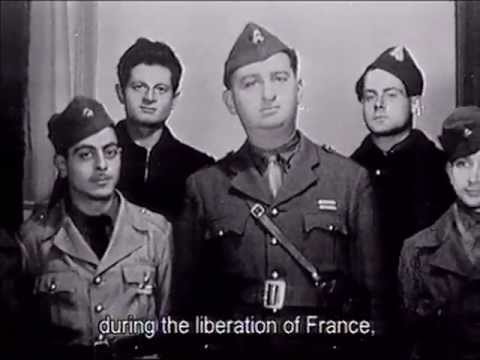 Denise Sikirski née Caraco was born in 1924 in Marseilles, France — an only child raised by her grandparents. At age 11, she joined the Jewish Scouts’ youth movement and in August 1942, as a Scout troop leader, she received her first assignment with the Jewish underground: caring for four young female refugees and placing them in prearranged hiding places. From then on, Denise and other Scout leaders became active in locating hideouts for Jews, facilitating illegal border crossings to Switzerland, distributing forged documents, and smuggling weapons, money, food, and ration coupons.

In November 1942, following the German occupation of Vichy France, the activities of the Scouts and other Jewish organizations went underground. Denise begged her family to leave Marseilles for a safe haven and gave them false documents. Yet their escape was delayed; the Germans carried out a mass aktion in Marseilles at the end of January 1943, closing off the old city near the port and conducting a door-to-door search for illegal aliens. More than 1,000 Jews were sent to Drancy detention camp and then to death camps, and the old city was heavily bombarded. Denise’s family survivedand escaped soon after with the help of a wealthy French friend. Denise remained in Marseilles and continued with her underground activities.

One day, a German Jew informed the Gestapo of the clandestine activities of Denise and Pastor Lemaire — a Protestant minister who collaborated and aided the Jews. Consequently, two innocent bystanders were arrested. After receiving a tip about the informant, Josef Bass (A.K.A.“Monsieur Andre”) — a fellow member of the Jewish resistance — warned Denise, who escaped to Grenoble. She begged Lemaire to follow, but his conscience forbade him to have others punished in his stead, so he turned himself in. Lemaire was arrested, jailed, sent to Mauthausen, and later Birkenau, but he survived. In 1976 he was recognized by Yad Vashem as a Righteous Among the Nations.

Following her escape, Denise served as a contact between Grenoble, Nice, and Marseilles. In early June 1943, she returned to Marseilles and came into contact with Monsieur Andre. He told her he had established an underground rescue network and asked her to join him. Following an unsuccessful rescue operation in Nice, Denise and Monsieur Andre set out for Chambon — a village whose residents hid thousands of Jews and were later recognized as Righteous Among the Nations. There, they helped further the partisan branch of the Maquis movement (the French armed underground) and Denise helped smuggle in weapons and aided underground operations until the war’s end.

Denise’s mother and aunt survived the war. After moving to Paris, Denise met Zeilig Siekierski whom she married in 1946. The following year they made aliyah. Denise has two children, three grandchildren, and one great-granddaughter.