Sara Shapira lit one of six torches at the State Opening Ceremony of Holocaust Remembrance Day at Yad Vashem in 2019. 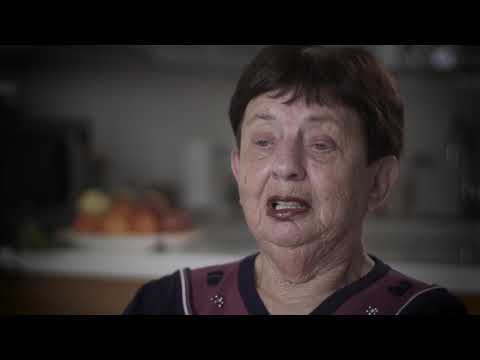 Sara Shapira (née Zeidner) was born in 1933 in the city of Rădăuți in Romanian Bukovina. She was the youngest of five children in a Vizhnitzer Hasidic family. In 1937, her father Shmuel died prematurely, and her maternal uncle Itzik took the family under his protection. The USSR occupied Czernowitz in 1940, and Sara’s mother Taube took her brother’s advice and sent two of her sons and one daughter there. Taube herself stayed at home with Sara and her older sister Bina.

In late 1941, after the Jewish holiday of Simchat Torah, the Romanians deported the Jews of Rădăuți to Transnistria. The deportees were crammed into freight trains and sent to the town of Otaci, located on the banks of the Dniester. During the long journey, many passengers died from the overcrowding, hunger and thirst. They were then put on rafts on the banks of the Dniester. Some of them, including Sara’s grandmother Malka, fell into the river and drowned. The survivors were transferred to Mogilev, and then marched to Kuzmintsy, a village further north. There they were concentrated in a stable without food or water, and in poor sanitary conditions. Her sister Bina and uncle Itzik died from a typhus epidemic, and her mother Taube died soon after. “At night I slept next to my mother, embracing her,” recalls Sara. “One morning, I realized that my mother had passed away in the night. I didn’t know in the night that she was already gone. I was alone. A nine-year-old girl.”

Sara was transferred to a Jewish orphanage in Mogilev, where she lived in constant hunger. She didn’t get to bathe, and her head was swarming with lice. She had one dress for winter and summer. Because beds were in short supply, the children slept on them horizontally. Sara lived that way for two years.

In March 1944, the authorities decided to return some 2,000 Jewish children —“the orphans of Transnistria”— to Romania. Sara was sent to an orphanage in Falticeni, where she bathed and put on new clothes for the first time in years. She was a guest for Passover at the home of the Zeidman family, who offered to adopt her. Sara agreed, but shortly thereafter she found out by chance that her sister Adina and her brother Zalman were still alive. Sara found Adina and they returned to Rădăuți together. “The non-Jewish neighbors agreed to give Adina one napkin that our mother had woven,” said Sara. “That’s the only memento I have from my mother.”

Sara moved to Bucharest and lived for two years in a Jewish orphanage, where she learned Hebrew and prepared to immigrate to Eretz Israel. In September 1947, she boarded The Jewish State, and after spending four months in British internment camps in Cyprus, she reached Eretz Israel.

Sara’s son, Rabbi Elimelech Shapira, was a founder of the Eretz Hatzvi pre-military academy in Peduel. In 2002, Elimelech was killed in a shooting attack on his way to a Torah lecture in Bnei Brak.