Noemi Shadmi lit one of six torches at the State Opening Ceremony of Holocaust Remembrance Day at Yad Vashem in 2008. 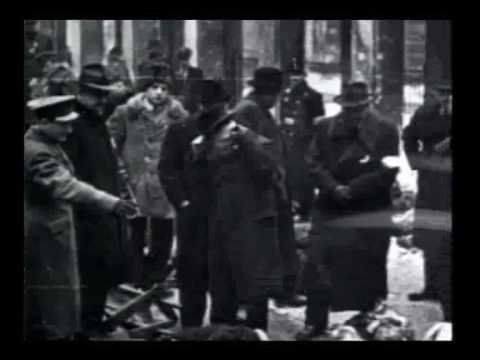 Noemi Shadmi, nee Spitz, was born in 1931 in Debrecen, Hungary. When she was three years old, her affluent family moved to Budapest, where they lived a proud Hungarian life.

In 1944, Noemi’s father and older brother were taken to a forced labor camp and murdered. Noemi, her mother and younger brother, Joschka, were moved to the poor part of town, together with all the Jews in Budapest. Their severely overcrowded apartments were marked with yellow stars. Noemi helped her mother organize a kindergarten, and every morning, at her mother’s bidding, went to deliver soup to an elderly couple. One morning, they didn’t answer their door. It was Noemi’s first encounter with death.

One fall morning in 1944, troopers from the SS and Arrow Cross (the Hungarian fascist party) broke into their apartment, and Noemi’s mother was taken away at gunpoint. Looking helplessly at the children, she told Noemi, “Take good care of your little brother, I trust you.” Noemi still remembers the last look her mother gave her. Two weeks later, the children were moved to the Budapest ghetto. Noemi worked in the ghetto kitchen, and so was able to help feed her five-year-old brother. At night, she would sneak into the Christian part of town to beg for food. In the ghetto, she witnessed mass death from starvation, cold and random shootings by the SS and Arrow Cross. When the Red Army liberated the city, Noemi and her brother returned to their home, only to find it occupied by strangers who threw them out.

After discovering that her parents and older brother had died in the Holocaust, Noemi and Joschka sailed for Eretz Israel. The ship was intercepted and its passengers sent to a detention camp in Cyprus. A year later, in October 1947, she finally arrived, settling in Kibbutz Kfar Giladi, where she helped found Kibbutz Gaon, and assisted new immigrants. In 1948, Noemi enlisted in the IDF, serving as a combat officer and receiving an award for bravery.

Noemi served in the Israel Police for 20 years, retiring with the rank of commander. Today, she gives testimony for Yad Vashem, lecturing widely around the country.

Noemi is married to Asher. They have two children and four granddaughters.