Hela Schüpper-Rufeisen lit one of six torches at the State Opening Ceremony of Holocaust Remembrance Day at Yad Vashem ⁣in 2003. 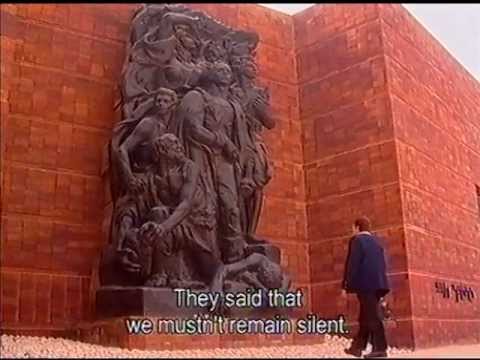 Hela Schüpper-Rufeisen was born in 1921 in Krakow, Poland, to a religious family of five children. When Hela was 10 years old, her mother died. Consequently the family split up and Hela moved in with her grandmother.

In 1939, Hela finished school and became active in the Akiva youth movement, with the intention of making aliyah. Shortly thereafter, Shimshon Draenger — one of the movement’s leaders — was arrested, causing Akiva activities to go underground. In 1940, Draenger was released and the movement’s activities resumed with the purpose of training members to set up an Akiva underground cell in the Warsaw ghetto.

Hela traveled to Warsaw in March 1941, and along with other activists, helped re-established the Akiva branch, which ultimately numbered some 300 members. Following the beginning of the deportations from the Warsaw ghetto, the He-Halutz core and Akiva members met to discuss the issue of resistance. It was understood that in order to revolt, they would need arms, and would have to test public opinion in the ghetto. As a first stage, they resolved to make the ghetto residents aware of the truth about Treblinka. In the evening, notices were posted throughout the ghetto urging the residents: “Don’t go like sheep to the slaughter. Treblinka is death.”

As the situation grew more severe, another meeting of He-Halutzand Akiva was held, at which it was decided to establish the Jewish Fighting Organization (ZOB).

As part of her preparations for armed struggle in the Warsaw ghetto, Hela traveled to Krakow to receive instructions. Upon returning to Warsaw, she prepared forged Polish identity cards for fighters in the forests, obtained weapons and documents, relayed messages, and coordinated between fighting factions.

One night while Hela resided with neighbors in the Warsaw ghetto, they were woken by gunfire, causing them to retreat to the attic. The ghetto had been surrounded by the Germans and within days, was set ablaze. Hela was smuggled over to the ZOB headquarters on 18 Mila Street where, to her surprise, she discovered hundreds of people hiding. At Mordechai Anielewicz’s decision, 10 people, including Hela, were then sent to the Aryan side of the city on 7 May 1943, through the sewer system in order to reach Yitzhak Zuckerman who would arrange for help. A rescue operation was arranged, but before it could be executed Hela and the others received the terrible news: the ZOB bunker had fallen to the Germans and many of the underground members had been murdered.

Hela moved between various hideouts, but eventually was deported to Bergen-Belsen, where she spent 22 months under conditions of hunger, cold, humiliation and murder, until the camp’s liberation on 15 April 1945.

After the war, she arrived at Hillersleben, Germany where a group was forming to make aliyah. In Palestine she met her husband, Arie Rufeisen whom she married. Together they joined the founding members of Bustan Hagalil. Hela has three children and ten grandchildren.