Ester Samuel-Cahn lit one of six torches at the State Opening Ceremony of Holocaust Remembrance Day at Yad Vashem in 2008. 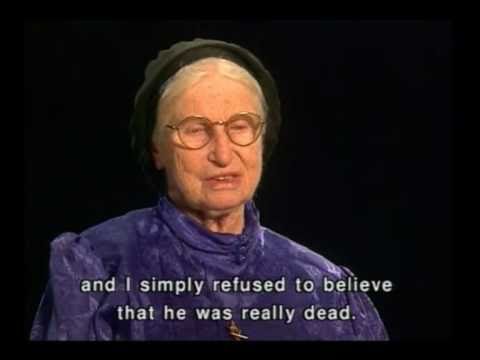 Ester Samuel-Cahn- Rescue by Righteous Among the Nations

Ester Samuel-Cahn was born in 1933 in Oslo, Norway to Rabbi Yitzhak Julius Samuel, the rabbi of Norwegian Jewry, and Henriette, both born in Germany.

After the Germans conquered Norway in April 1940, life continued more or less normally, though food was scarce and they were educated in private homes because the Nazis had co-opted the school buildings for military purposes. In the summer of 1942, Ester’s father was arrested. A day before the arrest, a German officer had hinted to him that it might be best if he fled, but because of his responsibility towards his community, he refused to leave. He was interrogated at Gestapo headquarters, and then sent to Auschwitz.

In late November, a member of the Norwegian underground and friend of the family, Ingebjorg Sletten-Fosstvedt, warned Henriette of the impending arrest of the Jews. Sletten-Fosstvedt and another member of the underground, Sigrid Helliesen-Lund, moved her and her aunt’s families to Christian neighbors and then to a villa outside Oslo. For their action in rescuing Jews, Yad Vashem later recognized the two as Righteous Among the Nations.

On 3 December, Ester’s family and 30 other Jews were hidden on two trucks bound for safety in Sweden. After a dangerous and difficult border crossing, they arrived at a refugee camp, and from there Ester and her family moved to Stockholm. In the summer of 1945 the family discovered that her father had been murdered in Auschwitz. Her mother would later testify at the trial of Adolf Eichmann in Jerusalem.

In 1946, Ester, her mother and two brothers immigrated to Eretz Israel. Ester trained as a teacher, and then graduated from the Hebrew University in Mathematics, Physics and Statistics. She went on to head the university’s Department of Statistics, became Chair of the Israel Statistical Association, and was elected to membership in the Norwegian Academy of Sciences. In 2004, Prof. Ester Samuel-Cahn was awarded the Israel Prize in Statistics.

Ester and her husband Aaron have four children and 15 grandchildren.