Anatoly Rubin lit one of six torches at the State Opening Ceremony of Holocaust Remembrance Day at Yad Vashem in 2012. 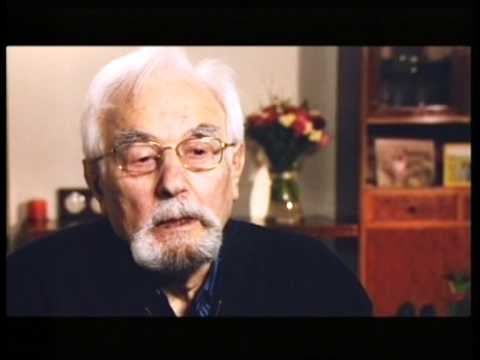 Anatoly Yitzchak Rubin was born in 1928 in Minsk, Belarus, the youngest of four children in a traditional family. His father, Pinchas, worked at an organization supporting orphans.

After the German invasion, Anatoly, his mother, Ethel, and his sisters, Tamar and Betty, were imprisoned in the Minsk ghetto. Pinchas had been killed searching for his family en route to Moscow. Anatoly's eldest brother, Chaim, had joined the Red Army.

Tamar worked outside the ghetto and managed to bring back snippets of food and news. During an aktion in November 1941, the family was rounded up. Tamar and Anatoly managed to sneak out from the rows of people marching towards the mass graves. Tamar joined the partisans, but was informed upon and killed by the Germans. Ethel and Betty were murdered at Tuchinka. Anatoly returned to the ghetto and sustained himself on scraps of food left over from the Germans.

In March 1942, Anatoly escaped once more from the death pits. He made his way to the village of Dobrushino using some Russian papers his father's friend had given him. Chancing upon partisans, he asked if he could join them, but instead encountered rampant antisemitism and was nearly killed. In 1944, after the Red Army liberated the area, Anatoly returned to Minsk, only to learn that out of his entire family, only one aunt and her four children had survived the war.

Anatoly trained to be an electrician. In 1946, during the Stalinist persecution of Jews, he was sentenced to five-year imprisonment in Siberia. He was released 18 months later and returned to Minsk, where raging antisemitism strengthened his interest in the State of Israel. He met an Israeli delegation in Moscow, and established contact with Israeli diplomats.

In 1958, Anatoly was falsely accused of conspiring to assassinate Khrushchev and of spreading "anti-Soviet propaganda." At his trial, he delivered a defiant speech declaring his dream to go to Israel. He was sentenced to six years in prison with forced labor, which he served in Mordovia. After his release, he continued to receive and distribute books and records about Israel. He finally immigrated to Israel in 1969.

In Israel, Anatoly taught Physical Education and took an active part in the struggle for Soviet Jewry. He met and married Karni; the couple has two children and three grandchildren.