Lea Paz lit one of six torches at the State Opening Ceremony of Holocaust Remembrance Day at Yad Vashem in 2009. 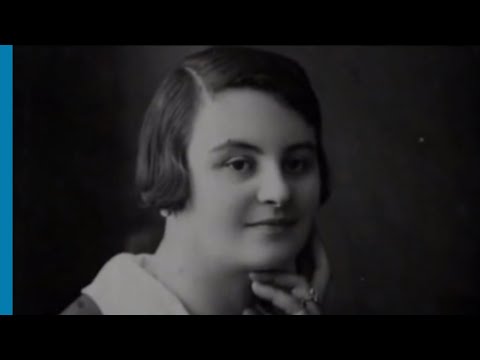 Lea Paz, née Weitzner, was born in 1930 in Lwow. Her father Herman, a civil judge, passed away when Lea was five, and Lea and her mother Gusta moved to the village of Kochawina to live on her grandfather’s large farm.

In September 1942, Lea, Gusta and her grandmother were deported to Belzec. With rumors about the camp circulating on the train, Gusta pushed Lea out through a narrow opening in the side of the train car. Lea eventually found her way back to her grandfather and an uncle, Mundek, who had escaped the deportation. Mundek, who had lived in Mandatory Palestine but had come back to introduce his fiancée to his family and got caught in the war, was determined to save the young girl. He bought Lea false papers, and taught her Christian prayers and customs, all the while encouraging her to eventually emigrate to the Land of Israel.

Lea first lived with the Plauszewski family, and then with a relative of theirs, Stefania Gos, whose husband was a commander in the Polish underground. Her rescuers were later recognized as Righteous Among the Nations.

Just before liberation, Lea’s grandfather and Mundek were turned in by one of their neighbors. After Mundek’s death, the family who had hidden him, the Wohanskis (later also recognized as Righteous Among the Nations), gave Lea his two picture albums filled with photographs of Mandatory Palestine.

Lea emigrated to Palestine on an illegal immigrant ship but was arrested by the British and interned in Cyprus. During a demonstration organized by the internees in Cyprus, Lea was wounded by British police gunfire. The story was published in the Jewish press in Mandatory Palestine, thus allowing her relatives on Kibbutz Merhavia to discover that she had survived. Lea was reunited with them after she was finally allowed to immigrate into Eretz Israel. She married Ephraim, and they have two children and six grandchildren.