Shaul Lubovitz lit one of six torches at the State Opening Ceremony of Holocaust Remembrance Day at Yad Vashem in 2019. 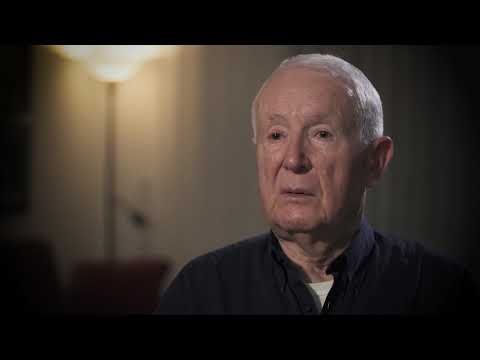 Shaul Lubovitz (né Blacher) was born in 1934 in Braslav (today in Belarus). His father Yitzhak was a cattle trader and his mother Batya was a bank clerk. Shaul had a younger sister, Bluma.

In the summer of 1941, a few weeks after the German occupation, Yitzhak was murdered while performing forced labor. When the Jews were concentrated in the ghetto in April 1942, Shaul’s family had to move into his grandfather’s house with other families. The day the ghetto was liquidated, his family, acquaintances and neighbors went into a hiding place under the barn.

The Germans uncovered their hideout a few days later, and brought them to a school. Shaul’s uncle Zusman managed to bribe one of the guards to let the family get away. Batya decided to stay with her three-year-old daughter. “She didn’t want to keep living after my father died,” said Shaul. His aunt Hannah and her husband Zusman fled with eight-year-old Shaul, their five-year-old son Arye, and another family, leaving their three-year-old son Moshe behind. As they escaped, Shaul heard gunfire and realized that his mother, Bluma and Moshe had been murdered. “I understood that I was now alone in the world.”

The refugees were aided by Stanislaw Szakel, a local farmer, who hid them in his pigpen. When their presence began to put him in danger, they chose to leave. They roamed around for six months, sleeping in fields, ditches and bushes. Shaul was injured and filthy, and his head was covered with lice. Zusman went from village to village in search of bread for the family. The four finally found a granary and hid in the hay. The owner discovered them a few months later, but Zusman bribed him not to turn them in and went to look for partisans. Hannah and the two children stayed hidden until Szakel found them and brought them back to his farm. Szakel was eventually recognized as a Righteous Among the Nations. Zusman came back and took the family to a group of partisans in the forest. “We lived in a temporary shelter called a zemlianka,” said Shaul. “There were other families with children. There was a sense of security. Food wasn’t scarce there.”

When Braslav was liberated in July 1944, Shaul and his uncle’s family returned to the city, which was under Soviet control. He started school, but antisemitism quickly led the family to flee. First, they fled to Poland, and then headed to Germany. They stayed in DP camps, including Eschwege and Bergen-Belsen, before moving to France. The family reached Israel in 1949 and Shaul adopted his aunt and uncle’s surname — Lubovitz.

Shaul married Nechama, who was killed in a suicide bombing on a bus in Ramat Gan in 1995.

Shaul and Nechama z”l have two children and three grandchildren.