Eggi Lewysohn lit one of six torches at the State Opening Ceremony of Holocaust Remembrance Day at Yad Vashem ⁣in 2015. 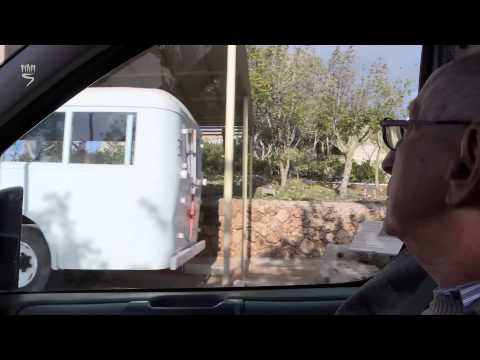 Ernst-Günther (Eggi) Lewysohn was born in 1924 in Breslau, Germany (now Wrocław, Poland) to Georg-Josef and Käte (née Kornblum). Eggi's older sister Alice went to live with relatives in Britain in 1937.

In December 1938, after the Kristallnacht pogrom, Eggi joined a Youth Aliya group. His group was supposed to travel to Britain for agricultural training, but with the outbreak of WWII, they were redirected to Denmark. Eggi’s father accompanied him to the train, where they tearfully parted ways. "It was clear to both of us that we would never see each other again," recalls Eggi.

In Denmark, the group members were dispersed to different farms. Eggi’s farmer opposed the Germans and welcomed him as a son. The hard labor on the farm invigorated Eggi. Once a week, the group met and studied Hebrew, Jewish history and Zionism. After the German occupation of Denmark in April 1940, Eggi had to report to the police from time to time, but the group continued to meet and prepare to immigrate to Eretz Israel. Two years later, Eggi moved to another farm.

In October 1943, the entire group was caught during a German manhunt and deported by cattle car to Terezin. Under terrible conditions in the ghetto, Eggi found manual labor and formed a cooperative group with three friends, sharing food and clothing.

When packages arrived from the Danish Red Cross, the group traded their contents to enhance their diet. In September 1944, Eggi was ordered to participate in the Nazi propaganda film shot at Terezin, but he refused. A month later, some 18,000 of the ghetto’s Jews were deported to Auschwitz. The prisoners from Denmark, including Eggi, were forced to load the deportees onto the trains.

In April 1945, Eggi was liberated from Terezin with a group of Danish Jews in a deal brokered by Count Bernadotte. As he boarded the white bus of the Red Cross, Eggi threw away his yellow star. After a five-day journey through Germany, the group reached Denmark and from there was transferred to a refugee camp in Sweden. At the war’s end, Eggi returned to his original Danish host, who told him that his father had passed away due to illness and that his mother had been deported to the east – to an extermination camp.

Eggi visited his sister in England and then returned to Denmark for a few years. In 1951, he arrived in Israel and settled in Kibbutz Neot Mordechai. Eggi tells his testimony in schools across Israel.