Ya’akov Janek Hollaender lit one of six torches at the State Opening Ceremony of Holocaust Remembrance Day at Yad Vashem in 2007. 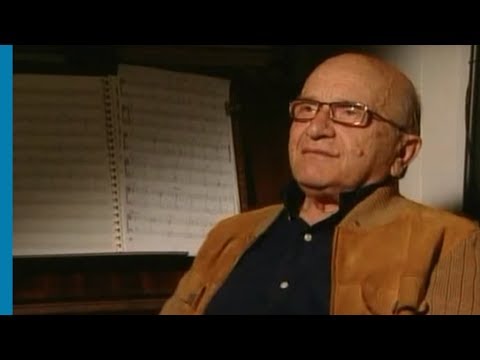 Yakov (Jannek) Hollander- The Krakow Ghetto and the Concentration Camps

Ya’akov Janek Hollaender was born in 1929 in Krakow, Poland, to a family of five.

In 1940, the Jews were exiled from the town, and Janek’s family was forced to sell their property in order to survive. In 1942, they were taken to the Krakow ghetto, where Janek and his parents were separated from his two brothers. With rumors of an imminent Aktion, they hid themselves in a basement, where Janek’s father had placed a special lock on the door so it could not be opened from the outside.

Janek recalls their subsequent imprisonment in Plaszow with utter dread, because of the atmosphere of terror created by the camp’s commander, Amon Goeth, who regularly shot randomly in all directions. Janek and his brother Benek were later sent to Starachowice, and then to Auschwitz, where they looked after each other to the best of their ability. In the winter of 1944, the prisoners were marched to Mauthausen. Benek had difficulty walking because of a leg injury sustained while selling coal in Rideltau. Urged on by Janek, he managed to reach the camp, but collapsed, and Janek never saw him again.

In April 1945, the prisoners were taken on a death march to Gunskirchen. As news spread that the Germans had fled, Janek, weighing just 33 kilograms, managed to crawl out of the camp. He was taken to the Red Cross hospital, where he met soldiers from the Jewish Brigade. He decided to travel with them to Italy, joining a group of Jewish war orphans that was sent to a “Youth Aliya” camp in Selvino. There some 800 youngsters were trained for life in Eretz Israel. Meanwhile, Janek learned that his father had been murdered in Auschwitz, his mother had died in Plaszow, and his brother Dolek had been shot in Bergen-Belsen, just three days before the war’s end.

In 1947, Janek arrived at Kibbutz Mishmar HaSharon. After fighting with the Palmach’s Harel Brigade, he helped found Kibbutz Tse’elim in the Negev, along with other former children from Selvino. Today Ya’akov Janek is a well-known composer, musical arranger and choir conductor.

In 1955, Janek married Devorah. They have two children and one granddaughter.