David Gur lit one of six torches at the State Opening Ceremony of Holocaust Remembrance Day at Yad Vashem in 2007. 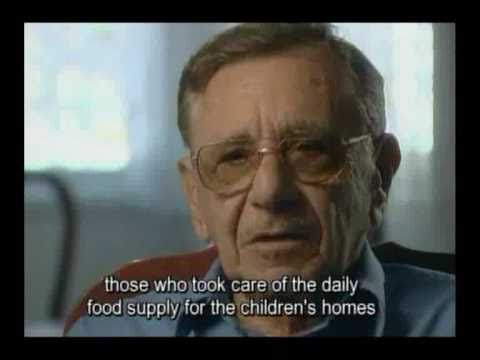 David Gur was born in 1926 in Okany, southeastern Hungary to a family of four. In 1938, the Hungarian regime began to implement anti-Jewish laws. David’s father lost his business license and the family’s economic situation worsened.

Imbued with the spirit of Zionism, David went to Budapest to learn a useful trade for living in Eretz Israel. While working as a building apprentice for a Jewish contractor, he began to take part in the underground activities of Hashomer Hatzair, which included helping refugees arriving from neighboring countries. In March 1944, the German invaded Hungary, and the underground created a united defense committee whose wide range of forging and other rescue activities resulted in the saving of thousands of Jewish and non-Jewish lives. David joined a cell in charge of forging documents. One day, he and his friends were caught by Hungarian detectives. Though they quickly swallowed the forged documents, the equipment in their suitcases gave them away. After a brutal investigation, during which one of them died, the rest of the group was taken to the military prison in Budapest. David was among those scheduled for execution, but to their surprise, the prisoners were transported instead to the Swiss consulate building, where they were freed, thanks to the bribing of a senior prison warden by the underground.

After the war, David discovered his father had perished in Auschwitz, but his mother and sister had survived. He became a member of the Hashomer Hatzair leadership, representing the movement in various institutions. He also took part in underground activities of the Hagana. In 1949, when the Zionist movement was prohibited by the Communist regime, David commanded the last Bricha (escape) operation, helping smuggle members of Zionist youth movements through Czechoslovakia and Austria to Eretz Israel. In 1949, he immigrated to Israel. He graduated the Technion and became a building engineer.

In 1985, David helped found the Association for Research into the Zionist Youth Movements of Hungary, where he remains active. He and his wife Naomi have three daughters and 10 grandchildren.