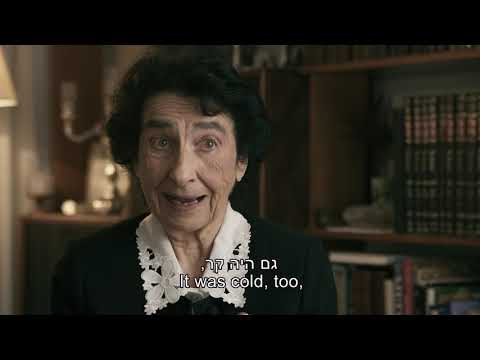 Zehava Gealel was born in 1935 in The Hague, the Netherlands, the middle of Jocheved and Zeev Stahl's three children. The family owned a kosher dairy products store.

In 1942, two years after the conquest of the Netherlands, when Dutch police accompanied by Germans arrived to take the family members into custody before internment in the Netherlands pending deportation, Zeev claimed that all his children had a contagious disease. The Germans accompanied Zeev to the doctor to obtain medical confirmation of this claim. When the doctor saw Zeev's pale face, he understood what was happening and corroborated Zeev's account. Zehava, Jocheved and Zehava's two brothers Arthur-Abraham and Josef (Josi) thus evaded this deportation, but Zeev was deported to Auschwitz, where he was murdered.

Thanks to documents sent by Zehava's grandfather in the United States, the family members were granted Romanian citizenship, and were defined as political prisoners. At the end of 1942, Zehava, her mother and brothers were imprisoned in the Westerbork transit camp, and in May 1943 they were transferred to the Amersfoort concentration camp. One of the Jewish prisoners organized the children in a choir and taught them songs in Hebrew and German. They stood in front of the pavilion and sang; when there were Germans in the vicinity, they sang in German, and the rest of the time they sang in Hebrew. It was their only occupation. In June 1943, Zehava, her brothers and her mother were returned to Westerbork, and in April 1944 they were transferred to the Ravensbrück concentration camp in Germany. There they were stripped and put in a common shower; each child was left with only one garment.

"The mothers and children were required to stand in line three times a day, in the cold of winter, wearing thin clothes, without uttering a word, as if it were obvious that this was the way to behave," recounts Zehava. "The fear was so great that no child cried, even in the harshest conditions." While Jocheved worked in forced labor, Zehava took care of her three-year-old brother Josi.

In the winter of 1944-1945, the family members were placed on a train, without food or water. The train got stuck on a bombed-out railroad track, and its members were taken off and marched to the Bergen-Belsen concentration camp.

"There was almost nothing to eat," Zehava says. "Mother and I worked collecting and stacking corpses to earn another slice of bread for the family. My brother and I searched the camp for burnt pieces of wood, and gave them to people suffering from diarrhea." Zehava, her mother and brother remained in the camp, suffering from sickness and famine, until liberation in April 1945.

In March 1948, Zehava immigrated to Eretz Israel (Mandatory Palestine). At the age of 17, she began studying at the Nursing School at Shaare Zedek Medical Center, and then worked in the operating room and as the private nurse of Israeli President Yitzhak Ben-Zvi.

Zehava and Abraham had three children. Their son David was killed in a car accident during military reserve service. Their son Zeev died of a heart attack at the age of 61.

For the past 50 years, Zehava has been a nurse at Chaim Sheba Medical Center at Tel Hashomer, continuing to work even after her retirement. She has received medals of excellence and awards for her service. Her dedication to her work and the sick are seen by her as a victory over the evil and human suffering she experienced as a child, and as a source of comfort in her bereavement.