Menachem Frenkel lit one of six torches at the State Opening Ceremony of Holocaust Remembrance Day at Yad Vashem in 2006. 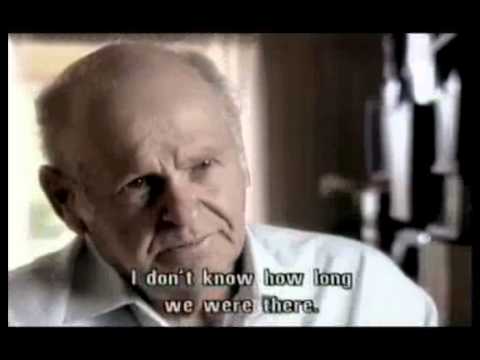 Menachem was born in Antwerp, Belgium in 1936, to a religious family.

When the war broke out, the family tried to escape to England, but failed. They journeyed to Montelimar in southern France, where his father found work in a nougat factory. In July 1942, Menachem’s father was taken to a labor camp, and from there to Drancy and Auschwitz, where he died.

Some two months later, the French police came to arrest the family. They were sent to the camp in Venissieux. At that time, attempts were being made by three organizations – the OSE (Children’s Aid Society), Amitie Chretienne, and the Jewish Underground in Lyons – to remove some 100 Jewish children from the camp, Menachem and his sister among them. They were transferred to Chateau de Peyrins, a private institution run by Madame Germaine Chesneau, where they spent the next year and a half with 108 Jewish children. Menachem’s name was changed to Marcel Faure. He has no recollection of studying there, but he does remember that they worked in the vegetable garden, celebrated only Christian holidays, and food was scarce. One night, when Madame Chesneau noticed that one of her workers hadn’t returned at night, she feared the women had been arrested. She quickly arranged for all of the children to be dispersed to nearby villages.

Menachem was sent to the village of Rosans to live with the Hughes, a couple with no children. His sister was sent to a monastery. Menachem was hidden in the attic but supplied with plenty of food and even began to study again. He remained in Rosans until the end of the war.

In May 1945, Menachem’s mother and sister came to get him. The family came to Israel aboard the “Mataroa” in September 1945. Menachem studied in several residential schools in Israel. In 1955, he completed his studies and was inducted into the “Nahal” Brigade, where he met his wife. They married in 1957 and were among the founders of Kfar Maimon. Menachem worked as a marketer and agricultural consultant for watering systems. The couple have four children and 21 grandchildren. Today Menachem is a volunteer with the civil guard.

Madame Chesneau, the Hughes and the priest Alexandre Glasberg of the Amitie Chretienne organization have been recognized by Yad Vashem as Righteous Among the Nations.