Solomon Feigerson lit one of six torches at the State Opening Ceremony of Holocaust Remembrance Day at Yad Vashem in 2009. 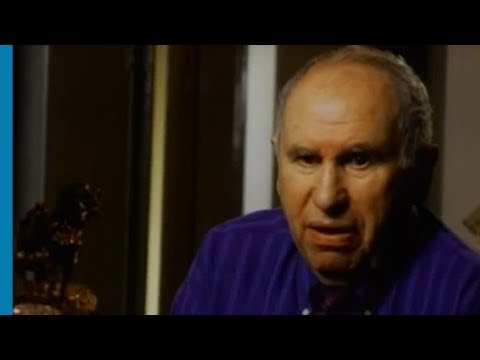 Solomon (Sjema) Feigerson was born in 1930 in Liepaja, Latvia, the middle of three sons. His older brother Hanoch was killed in June 1941, in defense of the town against the Germans. His father, Yaakov, was murdered in July 1941, and his mother and younger brother Josef were murdered at the Skede execution grounds in February 1942. Solomon escaped that and another murder operation in April by running away, despite being shot by Latvian guards.

In July 1942, the Jews of Liepaja were herded into a ghetto. Solomon lived in one room with 20 other orphaned boys. On Yom Kippur (October) 1943, the ghetto was liquidated and Solomon was deported to the Kaiserwald labor camp. There he met and bonded with Lina Goldblatt, a prisoner from Hamburg, and her daughter, Rosa. “She was like a mother to me,” he recalls, “she even sewed me a shirt and a pair of pants.”

In August 1944 Solomon was transferred to the Stutthof concentration camp, and in April 1945 he was put on one of four ships carrying 500 inmates, sent into the Baltic Sea to die. Solomon’s ship eventually sailed into Neustadt on 3 May 1945. German sailors on the shore shot at the survivors. A British soldier found him, exhausted and ill, clutching a loaf of bread.

After the war, Solomon went to Riga. He studied engineering and started a family. While in Riga, he campaigned with Holocaust survivors and others to emigrate to Israel. He arrived in Israel in 1971 where he worked as an engineer and volunteered with a number of organizations commemorating the Holocaust and assisting survivors. He also published a book about the destruction of the Jewish community of Liepaja.

Solomon and his wife Ethel have a son and two grandchildren.