Zanne Farbstein lit one of six torches at the State Opening Ceremony of Holocaust Remembrance Day at Yad Vashem in 2007. 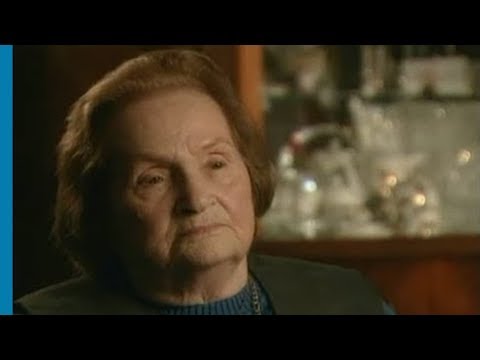 Zanne Farbstein was born in 1926 in Bardejov, Slovakia. Her first memory of the war is the sudden entry of German soldiers into her family home on Shabbat eve, after which there remained a solid German presence in the town. Zanne’s father’s business was confiscated, and her two older brothers were sent to a military labor camp.

In March 1942, all girls aged up to 25 were ordered to gather in a school. Zanne and her two sisters, Edith and Sarah, were escorted by their father, who tearfully gave each of them a corona coin as a good-luck amulet. They then joined a thousand other girls on the first transport to Auschwitz, where they were ordered to leave their possessions on the train, including their treasured amulets.

After a few months, they were sent to the newly built Birkenau camp, where they endured hard labor, acute hunger and disease. Zanne survived the selektions because of her Aryan looks, and managed to obtain the “desirable” jobs of sorting confiscated clothes and other possessions. One day, Zanne found her father’s tallit (prayer shawl), and understood that he had been murdered. The three sisters stayed together, looking after each other and sharing the food they managed to acquire. One day, Edith, sick and exhausted, suggested exchanging her good shoes for Zanne’s threadbare ones. The symbolism was clear: Zanne and Sarah never saw Edith again.

On 18 January 1945, the women were sent on a death march to Germany. Through the snow and rain, Zanne had to support her ailing sister. After the German guards abandoned the prisoners in a small town, the sisters continued on to the American Zone, where they met soldiers from the Jewish Brigade. They then travelled to Prague and Bratislava, where they learned that two of their brothers had survived. They returned to their birthplace, where the four were reunited. The fates of Zanne’s grandfather, grandmother and younger brother remain unknown.

In 1949, the extended family immigrated to Israel with the help of the JDC. Zanne and her husband Moshe have two children and five grandchildren.