Mordechai (Motke) Eldar lit one of six torches at the State Opening Ceremony of Holocaust Remembrance Day in 2002. 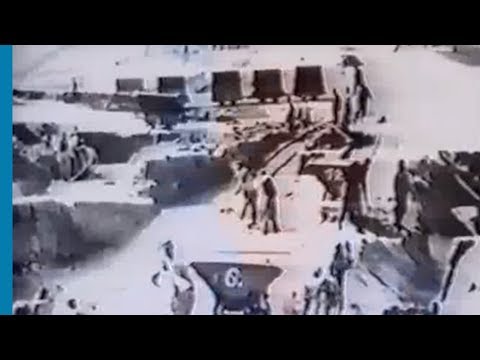 Mordechai (Motke) Eldar was born in Campulung la Tisa, Transylvania to a Spinka Chassidic family of six children. In 1940 with the Hungarian occuption of the city, racial laws were inflicted on the Jews. On 16 April 1944 the Jews were forced to assemble in the local school, and their valuables were confiscated. The next day they were taken to the Slatina ghetto. Motke remembers the hunger and torture in the ghetto and Hungarian fascist youth tearing off his father’s beard.

On May 23 the Jews were instructed to report to the soccer field, where they were beaten and marched to the train station with dogs running alongside, biting them. They were then forced into overcrowded cattle-cars. Motke was placed mainly with family members who prayed incessantly throughout the journey.

When they reached Auschwitz, members of the Sonderkommando threw them out of the cattle-cars. In the turmoil, Motke rushed to stay with his older brother who had been sent to the right, and the two were undressed, disinfected, given striped uniforms and led to one of the barracks. The next morning they were informed that their parents had been sent straight to the crematoria. The camp routine of beatings, torture, public executions, hunger, and suicides on the electrified fence caused Motke to question God’s existence.

Following a selection on Rosh Hashana, Motke was led to barrack 11 – where those sentenced to death were held. As night fell Motke escaped through an open window and hid inside the latrines. When the first prisoners arrived in the morning, Motke blended in with them and returned to his barrack. On Yom Kippur Motke was again selected for death and again escaped through the window in barrack 11. During a selection on Shemini Atzeret  - the day preceding Simchat Torah - Motke and his friends were taken to the gas chambers. The men were pushed inside, crying, screaming and reciting the Shema. Suddenly, Nazi officers burst inside and removed some 40 men, including Motke. The following day Motke was sent to work as a forced laborer.

In November 1944 Motke and other prisoners were sent to Sachsenhausen, and from there to Mauthausen, where the harsh living conditions resulted in many fatalities. Survivors were sent to hard labor at the quarry, and Motke was transferred to work in a mine. After three months, in March 1945, the prisoners were marched to Gunskirchen, and abandoned in shacks in the middle of the forest. For the next month until his liberation, Motke remained starved and exhausted in the shack as the floor filled with piles of frozen corpses. Sick with typhus, he dragged himself towards Wels, from where he was taken by American soldiers to a refugee camp, and reunited with his uncle. On his recovery, he returned to Transylvania, where he found his two sisters and aunt.

After the war, Motke tried to immigrate to Palestine with his sisters aboard the Exodus. On 17 July, 1947, they reached the Haifa port, but were immediately returned to Hamburg. In June 1948, after a year in Germany, Motke arrived at the Tel Aviv port aboard the Kedma, and continued on to an immigrant camp in Hadera.  He served in the IDF for 30 years, suffering a head injury during a battle in Hulda, and achieved the rank of lieutenant general. Motke has two sons and six grandchildren.