Esther Eisen lit one of six torches at the State Opening Ceremony of Holocaust Remembrance Day at Yad Vashem in 2004. 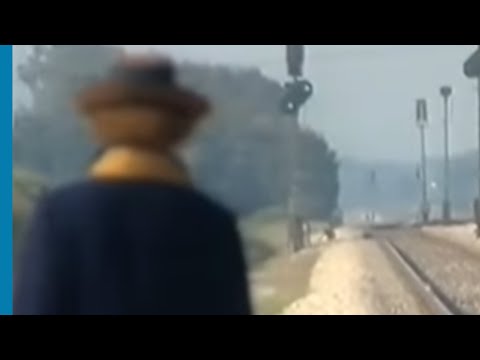 Esther Eisen was born in 1929 in Lodz, Poland, to a family of four. In 1939, after the German invasion, the family was relocated to the ghetto. Crowded into one room with her aunt, cousin and another woman, and with no income, it was difficult to subsist. After her eldest brother died of starvation and her mother fell ill, Esther found a job making artificial flowers.

In September 1942 the Jews were commanded to report to the courtyards; the elderly, children and the sick—including Esther’s mother—were taken to Chelmno. Esther soon fell ill herself with typhus, but she later recovered and returned to work. In August 1944, the ghetto was liquidated and the remaining Jews—including Esther and her father—were transported to Auschwitz. The men and women were separated immediately upon arrival, and after ten days, Esther was sent to Bomlitz labor camp. A month later she was transferred to Bergen-Belsen, and then to Elsnig, where she worked until April 1945.

As the allies approached, the prisoners were loaded onto trains without food or water, and taken deeper into German territory. On the way, the train was bombed and many passengers were killed, but Esther escaped with a friend into the woods. Returning to the destroyed railway the next day, they learned that the Germans had assembled 100 of the women prisoners inside a building and burned it down.

At the end of the war, Esther returned to Poland and tried, in vain, to discover the fate of her father. After the Kielce pogrom, she decided to leave Poland along with other DPs. Along the way, Esther met Ya’akov (Kobe); they fell in love, married in Bergen-Belsen, and immigrated to Israel. Kobe fought and was killed during the War of Independence. Esther later married Romek, a childhood friend from Lodz, and the couple had three children and two grandchildren. Today Esther is an sculptor, a poet and a writer.