Uri Chanoch lit one of six torches at the State Opening Ceremony of Holocaust Remembrance Day at Yad Vashem in 2006. 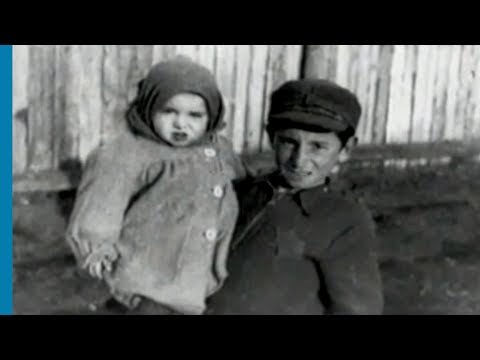 Born in 1928 in Kovno, Lithuania, Uri studied at the local Jewish school and was a member of the Betar Youth Movement.

In August 1941, Uri’s family entered the ghetto. Uri, at the age of 13, began to work as a messenger in the German Work Office. He was recruited into the underground movement and risked his life stealing work permits that enabled many people to escape the ghetto and join the Partisans. During the German Aktions against the ghetto’s children, Uri hid his 9 - year-old brother in a hiding place, and despite receiving severe beatings he did not divulge his brother’s whereabouts, thus saving his life.

In July 1994, the ghetto was liquidated and the few people remaining after the Aktions were moved in deportation trains to Germany. On the way, the women and children were removed in Stutthoff, Poland – including Uri’s mother and sister. This was the last time that Uri saw them. The men were transported to the Landsberg/Kaufering labor camp in Dachau. Several days later, all the remaining young children were sent to Auschwitz – Uri’s brother, Dani, among them.

Due to the oppressive work, starvation and beating, Uri’s father’s health deteriorated, and in October 1944 he was sent to Auschwitz. Uri was now left alone and tried to satisfy his hunger by eating salt and drinking water. As a result, his body swelled and he weakened, losing the will to live. At sick call, he stepped forward, knowing full well that this meant almost certain death. Fortunately, the Jewish assistants to the camp commander who recognized him from the Ghetto intervened on his behalf, and the commander ordered Uri removed from the line and assigned him the job of cleaning the office.

Later on, this allowed Uri to save the life of his good friend Chaim Konfitz, who had been seriously wounded in a work accident. Uri struck a deal with the camp physician, Dr. Zachrin, who agreed to save his life in exchange for a supply of tobacco for his pipe. Uri stole cigarettes and tobacco from the pockets of Germans who worked in the office at great risk to his life, and Chaim recovered.

In April 1945, the remaining camp survivors were placed on a train to Dachau. During the journey, the train was blown up, and Uri managed to jump off and flee to the forest under fire. He hid in the forest until he was liberated by American soldiers.

In 1946, Uri and his brother Dani, who had survived Auschwitz, came to Israel illegally on the ship “Wedgwood”. He was recruited into the Palmach and fought in the 4 th battalion freeing Jerusalem from the siege. He then became an officer in the IDF. For most of his life, he was an industrialist, and since retiring has been engaged in public service. Uri is married to Yehudit and has 3 children and 5 grandchildren.