Andrei Călăraşu lit one of six torches at the State Opening Ceremony of Holocaust Remembrance Day at Yad Vashem in 2011. 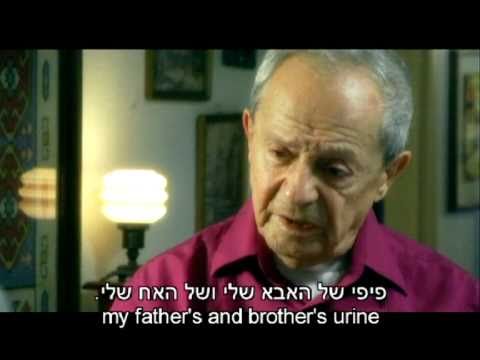 Andrei Călăraşu was born in 1922 in Botosani, Romania as Bernard Grupper, son of Zalman and Eti. He grew up in Jassy, where his mother passed away.

On 29 June 1941, with the German invasion of Russia, Bernard, his father and his brother, Paul, were taken to the local police courtyard. At midnight, they were marched to the train station where German and Romanian soldiers pulled gold teeth from their mouths, and cut off fingers bearing gold rings.

The three men were placed into a closed carriage with 120 others. During the eight-day journey, some lost their sanity and others their lives, including Zalman and Paul. Bernard was saved because Viorica Agarici, the Red Cross representative in Romania, insisted that the carriages be opened to remove the bodies, air out the cars and give the prisoners water. Agarici was later recognized as Righteous Among the Nations.

The train arrived in Călăraşi and the survivors disembarked. Sick with pneumonia, Bernard was laid down on the floor of the local synagogue, while Romanian soldiers continued to shoot many of the Jews. Altogether, some 14,000 Jews from Jassy were murdered. A few months later, Călăraşu was returned to Jassy with some of the few survivors of the massacre, and sent to hard labor. He was liberated with the arrival of the Red Army in the summer of 1944. Bernard studied at the Academy for Theater Arts in Jassy and in Bucharest. To maximize his professional opportunities, he changed his name from Bernard Grupper to Andrei Călăraşu. He directed many classical theater plays, and in the 1950s began to work in the film industry. He directed a number of full-length features, winning several prizes, and later became a lecturer on film and television.

In 1965, Andrei immigrated to Israel. He began to work in the Haohel Theater and the Beit Zvi School for the Performing Arts, where he established the Film and Television track. He also directed skits on Israel Army Radio, and was a member of the founding team of Israel Television. He worked at the Israel Broadcasting Authority (IBA), in television and in radio, for some 30 years, directing hundreds of programs. Andrei served as the IBA’s representative in Romania, and prepared documentaries on the life of the Jewish community in the country, as well as on the visits of Jewish Romanian artists in Israel that were shown in many countries around the world. Andrei and his wife Olga live in Tel Aviv.