Eliezer Ayalon lit one of six torches at the State Opening Ceremony of Holocaust Remembrance Day at Yad Vashem in 2010. 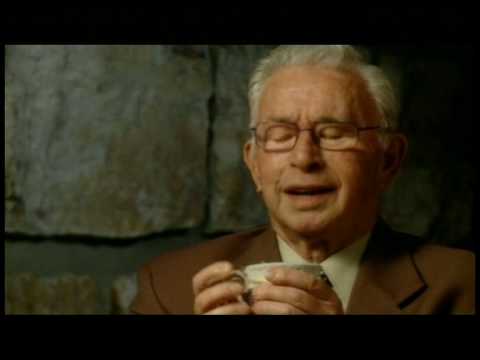 Eliezer (Lazer) Ayalon was born in Radom, Poland, in 1928. His parents, Rebecca-Leah and Israel Herszenfis, were observant Jews and Zionists. In the 1930s, the family tried to get immigrant visas to Mandatory Palestine, but failed.

In April 1941, Eliezer and his family were incarcerated in the Radom ghetto. Eliezer lied about his age and was given work and residence in a German clothing warehouse outside the ghetto. He used to sing at work, and his employers liked his singing so much that he was asked to sing on their birthdays in exchange for sweets.

In August 1942, the ghetto was sealed. Though anyone with a work permit could have left, Eliezer refused to part from his family. His family members spent two whole hours begging him to save himself. Finally, his mother said: “If there is anyone in the family with a chance to stay alive – it’s you. Azoy ist Beshert [This was meant to be]. May you have a sweet life.” She accompanied him to the gate with a cup of honey. Eliezer was transferred to the Blizyn camp near Kielce, where he worked as a shoemaker. His mother, father, sister and two brothers were all murdered at Treblinka.

In the spring of 1944, Eliezer was moved to Plaszow, and then to Mauthausen and Melk in Austria. In April 1945 he was sent on a death march. Despite a previously broken leg, he made it to Ebensee. On 6 May 1945, the camp was liberated by American forces. “Soldiers from the Jewish Brigade took us from hell and prepared us for aliyah. I remember the joy, the dancing and the singing when we heard we had received visas for Eretz Israel.”

Six months later, Eliezer arrived in Eretz Israel as part of a Youth Aliya group, and joined an agricultural school. During the War of Independence, he fought in the Etzioni Brigade until his discharge from the IDF in 1949. “For 37 years I didn’t tell anybody what had happened to me; and then I understood that it was my duty. I became a witness.”

In recent decades, Eliezer has begun speaking about his experiences at schools and army bases. He receives invitations to address Jewish communities in the US and has traveled to Poland dozens of times with members of his own family and as a guide and witness for numerous delegations. His memoirs, A Cup of Honey, were published in Israel, the US, Mexico and Costa Rica.

Eliezer married Rebecca, and the couple has a son, a daughter, five grandchildren, and two great-grandchildren.