Ephraim Agmon lit one of six torches at the State Opening Ceremony of Holocaust Remembrance Day at Yad Vashem ⁣in 2003. 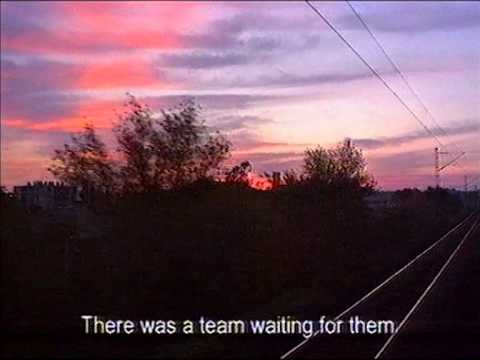 Ephraim Agmon was born in 1922 in Kisvárda, Hungary, the eldest child to a religious family of eight children. He studied in a yeshiva until 1937, and then in 1938 joined Ha-Shomer ha-Tsa’ir youth movement.

In October 1943, Ephraim left his parents’ home to move to Budapest. There he joined the local Ha-Shomer ha-Tsa’ir branch, where he participated — among other activities — in preparations to operate in underground conditions.

In 1942, Jewish refugees began arriving from Poland and Slovakia, bringing news of the fate of the Jews in their native countries. The Hungarian Jews refused to believe that the same fate could befall them, and so had reservations as to the refugees’ claims. The members of the Zionist youth movements believed differently, and aided the refugees: They provided them with false papers, taught them the local language and culture, and helped them find housing and employment.

In the beginning of March 1944, Ephraim was sent to Munkacs to help the local youth operate an organized underground to oppose the Nazis. At the same time, his family was deported to Auschwitz — only two of his brothers survived. A month later, the Germans assembled the Jews of Munkacs, but Ephraim managed to escape to Budapest, where he joined the Ha-Shomer ha-Tsa’ir leadership.

The first objective of the leadership was to transform Ha-Shomer ha-Tsa’ir into an underground movement and produce large numbers of forged documents. Disguised as a train officer and equipped with the proper documentation, Ephraim traveled throughout Hungary as a messenger for the underground. He made contact with Jewish communities and individuals, trying to convince them to organize themselves and resist the Germans.

Simultaneously, Ephraim was active in the “Tiyul” Organization, which facilitated the rescue of Jews to Slovakia and Romania. Ephraim provided the escapees with false papers and money, as well as information about contacts, hiding places, and assistance on the other side of the border.

In August 1944, Romania closed its borders and the “Tiyul” organization ceased operations. Ephraim began aiding the rescue of Jews from the forced labor force and helped hide them in Budapest. As part of this objective, he disguised himself as a Fascist Arrow Cross member, and was nearly caught more than once.

Ephraim continued with his rescue activities, joining the Hungarian Jewry Aid and Assistance Committee. Within the Committee’s framework, thousands of Jewish children were saved and 50 orphanages were established (all cared for by members of the underground). Following liberation, the children were moved to outlying communities in preparation for their aliyah to Israel.

Ephraim made aliyah in 1946 with his wife, Tzippi (whom he met in the underground), and they adopted a daughter. Tzippi passed away in 1966. Ephraim remarried and moved to Jerusalem. He and his wife, Tamar, have a son and a daughter.