Rise of the Nazis and Beginning of Persecution

The Nazi Party rose to power due to the social and political climate of the interwar period in Germany. Nazi anti-Jewish policy constituted legal measures to expel the Jews from society and strip them of their rights and property, while engaging in incitement, abuse, terror and violence.
Read More... 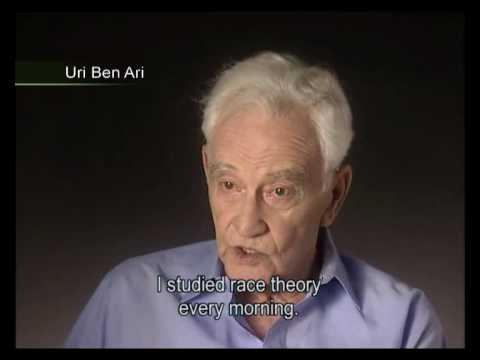 Organization of the Anti-Jewish Boycott of April 1, 1933

Law for the Restoration of the Professional Civil Service, April 7, 1933

Nuremberg Law for the Protection of German Blood and German Honor, September 15, 1935

The Rise of the Nazis to Power in Germany

Hitler and the Nazi Party rose to power due to the social and political circumstances that characterized the interwar period in Germany. Many Germans could not concede their country’s defeat in World War I, arguing that “backstabbing” and weakness in the rear had paralyzed and, eventually, caused the front to collapse. The Jews, they claimed, had done much to spread defeatism and thus destroy the German army. Democracy in the Weimar Republic, they argued, was a form of governance that had been imposed on Germany and was unsuited to the German nature and way of life. They construed the terms of the Versailles peace treaty and the steep compensation payments that it entailed as revenge by the victors and a glaring injustice. This frustration, together with intransigent resistance and warnings about the surging menace of Communism, created fertile soil for the growth of radical right-wing groups in Germany, spawning entities such as the Nazi Party.

In 1925, a transitory economic upturn and a promising political dialogue brought relative calm into sight. However, the severe international economic crisis that erupted in 1929 carried the instability to new heights.

In 1919, Adolf Hitler, a released soldier wounded in WWI, joined a small and insignificant group called the National Socialist Party. He became the group’s leader and formulated the racial and antisemitic principles in its charter. In 1923 party activists led a revolt and tried to seize power in Munich, but failed. Hitler was imprisoned, during which time he wrote his venomous book Mein Kampf (My Struggle), in which he expressed his ideas about racial theory and Nazi global dominion. Hitler realized that he must employ legitimate democratic means in his struggle to seize power. However, he and his associates left no doubt about their belief in democratic freedoms as mere tools with which power might be attained. After his release Hitler reorganized the party.

In the 1924 Reichstag elections, the Nazi Party received three percent of the votes cast and was represented in the parliament by fourteen delegates. In the 1928 elections, its support declined; the party was able to send only twelve delegates to the legislature. The turnaround came in 1930, the first elections after the economic crisis began. Surprisingly, the Nazis received 18.3 percent of the vote and sent 107 delegates to the Reichstag, the German Parliament. In July 1932, with 230 mandates, they became the largest faction in the House — a political force that made an impact and acceded to power legitimately. President Paul von Hindenburg gave Hitler the mandate to form a government, and Hitler became Chancellor on January 30, 1933.

The Beginning of the Persecution of Jews in Germany

In the 1930s, Germany’s Jews – some 500,000 people – made up less than one percent (0.8%) of the German population. Most considered themselves loyal patriots, linked to the German way of life by language and culture. They excelled in science, literature, the arts, and economic enterprise. 24% of Germany’s Nobel Prize winners were Jewish. However, conversion, intermarriage, and declining birth rates, led some to believe that Jewish life was doomed to disappear from the German scene altogether.

The paradox was that Nazi ideology stemmed from Germany and the German people, among whom Jews eagerly wanted to acculturate. Indeed, there was a widespread belief amongst many Jews in the illusion that the role they played within industry and trade and their contributions to the German economy would prevent the Germans from completely excluding them.

Nazi anti-Jewish policy functioned on two primary levels: legal measures to expel the Jews from society and strip them of their rights and property while simultaneously engaging in campaigns of incitement, abuse, terror and violence of varying proportions. There was one goal: to make the Jews leave Germany.

On March 9, 1933, several weeks after Hitler assumed power, organized attacks on Jews broke out across Germany. Two weeks later, the Dachau concentration camp, situated near Munich, opened. Dachau became a place of internment for Communists, Socialists, German liberals and anyone considered an enemy of the Reich. It became the model for the network of concentration camps that would be established later by the Nazis. Within a few months, democracy was obliterated in Germany, and the country became a centralized, single-party police state.

On April 1, 1933, a general boycott against German Jews was declared, in which SA members stood outside Jewish-owned stores and businesses in order to prevent customers from entering.

Approximately one week later, a law concerning the rehabilitation of the professional civil service was passed. The purpose of the legislation was to purge the civil service of officials of Jewish origin and those deemed disloyal to the regime. It was the first racial law that attempted to isolate Jews and oust them from German life. The first laws banished Jews from the civil service, judicial system, public medicine, and the German army (then being reorganized). Ceremonial public book burnings took place throughout Germany. Many books were torched solely because their authors were Jews. The exclusion of Jews from German cultural life was highly visible, ousting their considerable contribution to the German press, literature, theater, and music.

In September 1935 the “Nuremberg Laws” were passed, stripping the Jews of their citizenship and forbidding intermarriage between Jews and non-Jews. Jews were banned from universities; Jewish actors were dismissed from theaters; Jewish authors’ works were rejected by publishers; and Jewish journalists were hard-pressed to find newspapers that would publish their writings. Famous artists and scientists played an important role in this campaign of dispossession and party labeling of literature, art, and science. Some scientists and physicians were involved in the theoretical underpinnings of the racial doctrine.

The Story of Jewish Community in Wurzburg