The November 1938 pogrom (Kristallnacht) proved to be a precursor to the destruction of European Jewry during the Holocaust. In addition to adults, Jewish children lost their feeling of security and in many ways, lost their childhoods. This ceremony focuses on the stories of Jewish children in Germany during this difficult period, when their lives would be changed forever. 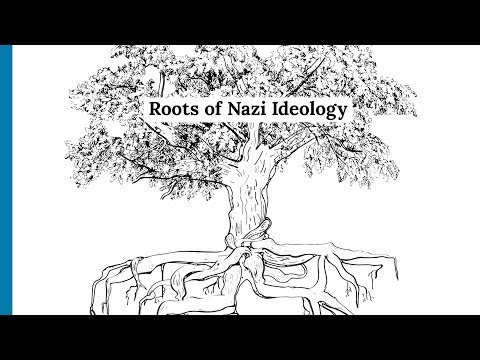 Materials needed for this ceremony: copies of passages to be read aloud distributed by the facilitator to the students. We recommend reading this ceremony using two narrators and ten to fourteen student readers; their parts are marked below. The poem at the end may be read by an additional student. Solemn background music is appropriate. There are two notes in the ceremony to suggest changes in music to reflect the themes of the readings.

Narrator 1:
On November 9th, countries around the world mark the November 1938 Pogrom, the tragedy also known as Kristallnacht, which means "Crystal Night" or "the Night of Broken Glass." The Kristallnacht pogrom marked a turning point in the treatment of Jews in Germany. In just two days, hundreds of synagogues were burned, thousands of Jews were arrested, and around one hundred Jews were killed. Any illusions that Jews could even be tolerated in Germany were finally laid to rest.

Narrator 2:
Before the Holocaust, and before the Kristallnacht pogrom, Jewish children in Germany grew up and developed like children all over the world. Hearing their words, you will see that they were just like you.

Narrator 2, continued:
Hannele Zurndorfer was an eleven-year-old girl who lived in Germany. She enjoyed her childhood.

"Winter in Gerresheim was particularly a happy time... I loved to watch the first snow falling; large gray flakes from behind the windowpane, settling soundlessly on branches, fences, and streetlamps. I loved the sense of warmth and safety it gave me... Snowball fights raged up and down the street and even grownups sometimes became involved..."1

"When I went to shul [synagogue], I made sure not to miss even one single word. This is how precious the Hebrew words were to me."2

Narrator 1:
The Jews of Germany celebrated religious holidays. As Hannele tells us,

"The old brass candelabrum, the menorah, that had been passed down through several generations, was brought out and polished until it shone. On the eighth night [of Chanukah] all nine candles, the 'servant' candle too, were burning and their light seemed to grow and suffuse the whole room...

Purim was an occasion for fancy-dress performances by the children of the Jewish community by their admiring elders. Mummy used to make our costumes and rehearse us in our parts until we were word-perfect."3

Narrator 2:
The lives of Jews in Germany began to change when Adolf Hitler and the Nazi Party came to power in 1933. Hitler promised the German people national glory and economic prosperity if they would make the nation pure by excluding groups of people from German society based on their race. Hitler and the Nazi Party blamed many of Germany's problems on Jews. They passed many laws that turned Jews into outcasts. Many children could not go to their schools anymore, and were forced to go to special Jewish schools. Some Jews were fired from their jobs. Jewish books were burned and there were also boycotts of Jewish businesses.

Reader 5:
Susan Neulaender Faulkner, a Jewish girl who lived in Germany, was twelve years old when Hitler came to power. She expresses her feelings in this quote: "From the time that Hitler came to power, I would say that there was not a day that I did not walk to school or walk back from school without a sense of fear in the pit of my stomach." 5

Reader 6:
Werner Galinik, a Jewish boy from Germany, said, "I figured it this way: Hitler loves only the Germans, but no other people, and particularly not us Jews." 6

"Our family felt the full impact of Hitler's anti-Jewish laws, so life was filled with anxiety. Jews are banned from trams and are forbidden to drive. Jews are only allowed to do their shopping between three and five o'clock and then only in shops that bear the sign, 'Jewish shop.' Jews must be indoors by eight o'clock and cannot even sit in their own gardens after that hour. Jews may not take part in public sports. Swimming, baths, tennis courts, hockey fields, and other sport grounds are prohibited to them." 7

Reader 8:
Hannele Zurndorfer said, "Once when school had a half-holiday, Inge and I arranged that we would both bring our new ice-skates with us and go to the outdoor ice-rink after morning school. But when we got to the entrance of the rink we were confronted by a large notice: 'DOGS AND JEWS NOT ALLOWED'." 8

Reader 9:
Erica Herz van Adelberg, a 12-year-old girl who lived in Munich, Germany, said, "I had a math teacher, and he failed me for being Jewish. I did all the work, but he would always grade me lower than other people who did the same work."9

Narrator 1:
Then, on the evening of November 9, 1938, there was a night of terror that sent shock waves throughout Germany and in many other countries of the world. The Nazis carried out an organized riot, or "pogrom," in Germany and Austria directed against Jews, their synagogues, and their businesses. In thousands of towns and cities, hundreds of synagogues were destroyed, and thousands more were burned or vandalized. About thirty thousand people were arrested for the sole reason that they were Jewish. Almost one hundred Jews were killed.

Narrator 2:
Afterwards, this night was called "Kristallnacht" or "Crystal Night" by the Nazis because of the widespread destruction that left broken glass from storefront windows lying shattered on the streets.

Reader 10:
Hannele remembered, "It must have been three or four o'clock in the morning, when suddenly I was ripped out of my sleep by a sound of smashing crockery and glass... A chair hurtled into the wardrobe mirror, glass flying everywhere... Now fear became a living thing, fear of the life and safety of my parents, who represented my own safety... My mother's cherished collection of old china cups – all shapes and sizes, from many countries – not one left unbroken... furnishings were slashed, old oak and walnut tables and chairs were legless, the carpets hacked, curtains torn down, floorboards splintered and many windows smashed, with the cold black night crowding in... It had all been well organized."10

Narrator 1:
Gisela Golumbek was five years old and went to school on the morning of November 10, 1938. She remembers that there was a big commotion in her classroom, and her principal told the Jewish students to go home.

"...[All] along the way it appeared to me the city was on fire. Then we passed the big synagogue and it was burning. I couldn't believe my eyes. The city wasn't burning, just Jewish businesses, synagogues, department stores. And people came and ransacked everything, and there was vile language which was splattered all over the buildings. Windows of stores had been knocked down and whatever merchandise had been on the shelves was on the street and people were taking it away. I was in absolute terror. I didn't know what to do."11

Narrator 2:
Ursula Rosenfeld, a Jewish girl, was thirteen years old. She remembers that she was in her classroom when she heard strange noises and saw flames shooting up into the sky. All the children dashed outside and she saw that her neighbor's possessions had been thrown out onto the street.

"...It was terrifying. They had thrown all their belongings out into the street, broken things. A little child's pram was bashed to pieces, a doll, and then suddenly two people in uniform came out with the Torah. They were dancing in the street, it sort of had little bells on it, and they thought it was very funny. They were shaking these bells. And people were laughing and shouting and then they saw me and then they said, 'There's another Jew! Let's throw her into the flames too!' And it was a moment in my life I shall never forget."12

Reader 13:
Susan Neulaender Faulkner, who was seventeen during the Kristallnacht pogrom, said, "I was walking over the sidewalks with glass crunching under my feet. On the next street... the oldest synagogue in Berlin was in flames. The entire sidewalk across from the synagogue was a carnival to the onlookers applauding and laughing... flames lighting up in the sky... All I wanted was just to get out, get out..." 13

Design Suggestion
Here you may insert music relating to themes of anguish and loss.

Reader 14:
Robert Behr, born in Berlin, Germany, was 16 years old during the Kristallnacht pogrom. "For the first time, we became scared and began to fear for our lives and didn't trust anyone... [A Jew was] an outcast. All the dreams we had of being part of the German people. There was nothing left that made you think you could possibly still be a German."14

Narrator 2:
Sadly, Ursula was right. Most German Jews survived the Kristallnacht pogrom, but their hopes and dreams were over. Many of their non-Jewish friends had watched as Jewish homes were damaged and their synagogues burned. German Jews only then realized that they were not considered equal in their society. The Kristallnacht pogrom was the beginning of the horrible destruction that would face Jews throughout Europe during the next six years. It was a symbol and a sign of the tragedy that was to come.

Narrator 1:
We conclude with the poem "I am a Jew," written by a Jewish boy named Franta Bass who was eleven years old. He later perished in Auschwitz when he was fourteen.

The following poem can be read aloud by a student.

I Am A Jew / Franta Bass

I am a Jew and will be a Jew forever.
Even if I die from hunger,
Never will I submit.
I will always fight for my people,
On my honor.
I will never be ashamed of them,
I give my word.

I am proud of my people,
How dignified they are.
Even though I am oppressed,
I will always come back to life.16