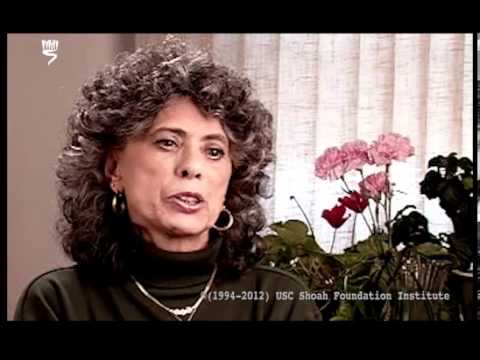 Jewish Immigration to France During the Interwar Period

On the eve of the Second World War there were between 300,000 and 330,000 Jews in France. About two thirds of them were immigrants from Eastern Europe. Half of the immigrants arrived in France during the decade before the war. Many of them had first emigrated from Poland to Germany, which they left for France after the Nazi's rise to power.

The Jewish immigrants from Eastern Europe wanted to become integrated into French society, which they considered their adoptive country. Approximately one third of them received French citizenship. Most of their children attended the state-sponsored, secular, French school system. The Ort network of vocational schools initiated professional training for Jews, primarily in industry and agriculture. Most of the students in these schools were Jews who had immigrated to France from Eastern Europe. Many of the immigrants were employed in manual labor, but some of them obtained a higher education, studied French, pursued liberal professions and even acquired financial, social, political and intellectual status within French society, some volunteered to serve in the Foreign Legion of the French army. Prominent examples of the “upward mobility” of Eastern European immigrants to France include Helena Rubinstein and the Marxist thinker Charles Rappoport.

Former Polish Jews who had emigrated to France set up Jewish newspapers, which worked alongside the established French Jewish press. Organizations of Jewish immigrants cooperated with French Jewish organizations to produce significant cultural events, such as ceremonies held in 1939 in honor of the 150th anniversary of the French Revolution. Despite such cultural co-operations, many of the immigrants from Poland preferred to pray in synagogues of Jews from Eastern Europe. Some of the French Jews had reservations about the Eastern European Jewish immigrants and so created additional, exclusive, organizations.

During the 1930s many French Jews had reservations about the immigrants, claiming that they constituted an additional increase to the workforce in an economy that was already suffering from unemployment. Another argument was that the new immigrants would seek retribution against Nazi Germany for its actions against Jews, thereby entangling France in another war. In 1936 the Jewish Socialist Léon Blum was elected as Prime Minister. The result was a sharp increase in French antisemitism.

Most Jewish immigrants who successfully obtained French citizenship had immigrated to France from Eastern Europe before the First World War. The majority of the immigrants did not receive French citizenship, even after years of living in France. The importance of this status became very clear during the years of deportation (1942-1944), as the “stateless” Jews were the first to be deported.