The Deportation of the Jews from France 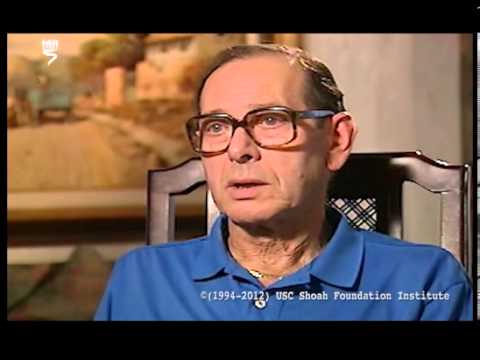 Deportation of Jews From France

Memories of Menachem Mayer and Frederick Raymes about Righteous Among the Nations,

The Jews in France were deported to the East at the height of a two year process of persecution and aggressive legislation. The laws passed included statutes defining who was to be considered a Jew, isolating Jews from French society, divesting them of their livelihood, incarcerating many of them, and registering their names with the police.

In March 1942 some 1,000 Jews were arrested and sent to the Compiègne detention camp, from where they were deported to Auschwitz. The transports took two days to arrive at their destination. Most of those who were still alive at the end of the jouney were murdered.

In July 1942 some 23,000 Jews were arrested in Paris and in the remainder of the Occupied Zone. At the initiative of Pierre Laval, the Prime Minister of the Vichy regime, most of the Jewish children were deported to the East together with their parents. The arrests and deportations were conducted in a very violent manner, often enforcing the separation of couples, parents and children, and brothers and sisters. “A cruel destruction of Jewish families,” wrote the Parisian Jewish reporter, Jacques Bielinky. In August 1942 the arrest of thousands of additional Jews began in the territories of the Vichy regime. The arrested Jews were imprisoned in concentration camps and deported to their destruction in the East. “The deportations are creating tremendous pressures in the concentration camps and wreaking havoc within the Jewish families,” wrote Bielinky on the 18th of August 1942. “To date,” he continues, “nothing is known about the fate of those who have been deported.”

In September, Paris policemen arrested some 1,000 Jewish immigrants from Romania, and sent them to the concentration camp of Drancy. Almost all of them were murdered in the extermination camps in the East within three days of their arrest. In November another wave of mass-arrests was carried out in Paris. More than a thousand Jews of Greek origin were arrested and deported to the East.

Activists in the Jewish aid organization “Amelot” sent packages to the arrested Jews, helped maintain contact with the deportees, and procured permits which helped Jews escape deportation. Furthermore, they saved Jews from deportation by hiding children and distributing forged documents.  The UGIF (l'Union Generale des Israelites de France), a forced representative organization for French Jews set up by the French and German authorities, succeeded in saving more than 1,400 Jewish children with French citizenship from deportation. Their parents, however, were deported.

Jewish organizations helped the children by providing social welfare, opening shelters and sending the children to the villages. Jews joined the Jewish Resistance in France, as well as the French Resistance. A few Jews tried to escape the deportations by converting to Catholicism. Thousands of Frenchmen tried to help the Jews hiden from the deportations. Many of them paid for this with their lives. “Let  us thank those who threaten us,” reads an editorial in a French Socialist newspaper, “for it is thanks to them that we must think dangerously, and thereby restore our own dignity.” Since 1962 a total of 3,925 French men and women have been recognized by Yad Vashem as Righteous Among The Nations (as of January 2016).

A total of some 76,000 Jews from France, most of them from Paris, among them 11,000 children, were deported by train to the East. Most of the deportees were murdered in Auschwitz. Most of the deportations left France from the concentration camp of Drancy. The deportations continued even as the Allies had begun to liberate France. The last transport left France in August 1944, while the battle for Paris was being fought. Of all the Jews deported from France to the extermination camps in the East, a total of some 2,500 survived.