In November 1940, 380,000 Jews were sealed inside the Warsaw ghetto. Over 80,000 Jews died as a result of the appalling conditions, overcrowding and starvation. Nevertheless, artists and intellectuals continued their creative endeavors. In July 1942 the deportations to death camps began.
Read More... 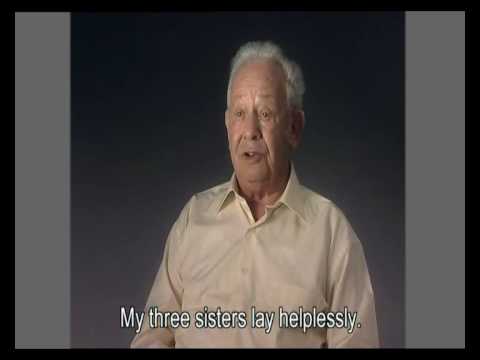 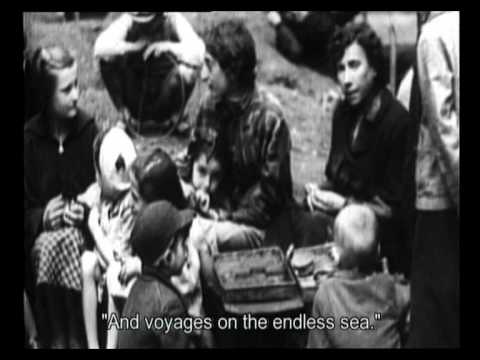 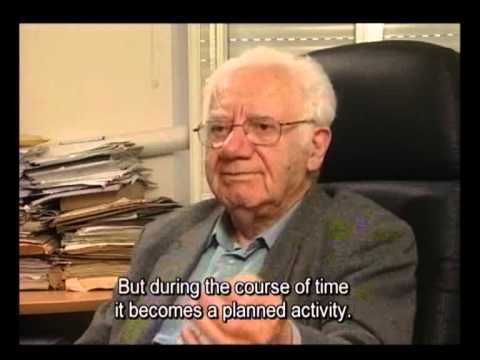 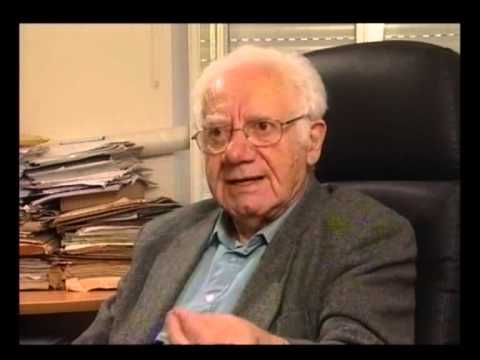 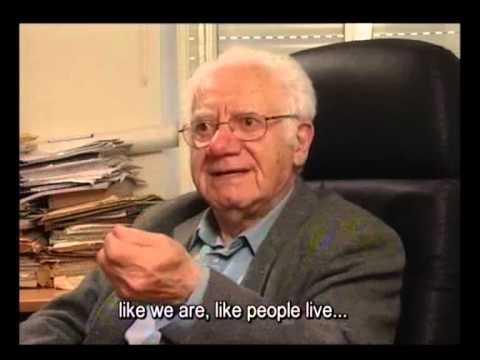 Prof. Gutman discusses the significance and importance of the Oneg Shabbat Archives

From a Report by Auerswald, Commissar of the Warsaw Ghetto, September 26, 1941

In Warsaw, Poland, the Nazis established the largest ghetto in all of Europe. 375,000 Jews lived in Warsaw before the war – about 30% of the city’s total population. Immediately after Poland’s surrender in September 1939, the Jews of Warsaw were brutally preyed upon and taken for forced labor. In 1939 the first anti-Jewish decrees were issued. The Jews were forced to wear a white armband with a blue Star of David and economic measures against them were taken that led to the unemployment of most of the city’s Jews. A Judenrat (Jewish council) was established under the leadership of Adam Czerniakow, and in October 1940 the establishment of a ghetto was announced. On November 16 the Jews were forced inside the area of the ghetto. Although a third of the city’s population was Jewish, the ghetto stood on just 2.4% of the city’s surface area. Masses of refugees who had been transported to Warsaw brought the ghetto population up to 450,000.

Surrounded by walls that they built with their own hands and under strict and violent guard, the Jews of Warsaw were cut off from the outside world. Within the ghetto their lives oscillated in the desperate struggle between survival and death from disease or starvation. The living conditions were unbearable, and the ghetto was extremely overcrowded. On average, between six to seven people lived in one room and the daily food rations were the equivalent of one-tenth of the required minimum daily calorie intake. Economic activity in the ghetto was minimal and generally illegal, smuggling of food being the most prevalent of such activity. Those individuals who were active in these illegal acts or had other savings were generally able to survive longer in the ghetto.

The walls of the ghetto could not silence the cultural activity of its inhabitants, however, and despite the appalling living conditions in the ghetto, artists and intellectuals continued their creative endeavors. Moreover, the Nazi occupation and deportation to the ghetto served as an impetus for artists to find some form of expression for the destruction visited upon their world. In the ghetto there were underground libraries, an underground archive (the “Oneg Shabbat” Archive), youth movements and even a symphony orchestra. Books, study, music and theater served as an escape from the harsh reality surrounding them and as a reminder of their previous lives.

The crowded ghetto became a focal point of epidemics and mass mortality, which the Jewish community institutions, foremost the Judenrat and the welfare organizations, were helpless to combat. More than 80,000 Jews died in the ghetto.  In July 1942 the deportations to the Treblinka death camp began. When the first deportation orders were received, Adam Czerniakow, the chairman of the Judenrat, refused to prepare the lists of persons slated for deportation, and, instead, committed suicide on July 23, 1942.

Emanuel Ringelblum: The Man and the Historian
$24.00
Buy Now

"Let The World Read And Know" - The Oneg Shabbat Archives