Murder of the Jews of Romania

Romania was an ally of Nazi Germany from 1940 to 1944. 380,000–400,000 Jews were murdered in Romanian-controlled areas such as Bessarabia, Bukovina and Transnistria under the dictatorship of Ion Antonescu.
Read More... 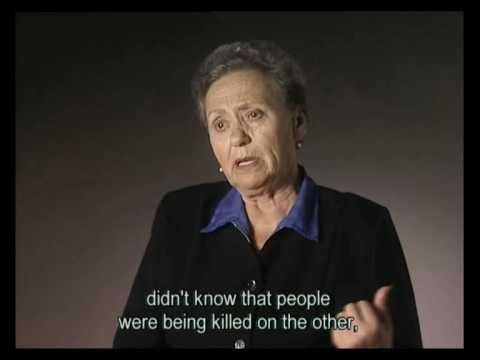 The Holocaust in Romania: Ester Gelbelman

The report of the International Commission on the Holocaust in Romania

Romania, an ally of Nazi Germany from 1940 to 1944, had a Jewish population of about 757,000 before World War II. Extreme antisemitic tendencies, long evident in the country, escalated on the eve of the war.

In June 1941, in the weeks following the invasion of the USSR by Nazi Germany and the Romanian army (under the dictatorship of Ion Antonescu), the Romanian army, with the partial cooperation of Einsatzgruppe D and some of the local population, massacred 100,000-120,000 of the Jewish population of Bessarabia and North Bukovina (areas annexed by the USSR from Romania in June 1940). The slaughter was carried out on the orders of Marshal Ion Antonescu, the fascist dictator of Romania. Similar massacres were carried out by the Romanian army in Western Ukraine and especially in the city of Odessa. Prior to this, Romanian soldiers, police and civilians slaughtered 15,000 Jews in the city of Iasi and carried out pogroms against the Jews of other cities in Romanian territory.

In Summer-Autumn 1941on the orders of the Romanian authorities, survivors of the massacre in Bessarabia and North Bukovina together with Jews from South Bukovina and the Dorohoi region (which were part of Romania) were brutally deported to the ghettoes and death camps of Transnistria in West Ukraine, a largely unsettled area between the Dniester and Bug rivers that Nazi Germany had ceded to Romania in return for its participation in the war against the Soviet Union. From the time of their deportation to Transnistria until their liberation by the Red Army in March 1944, 120,000 of the deportees perished as a result of murder, hypothermia, starvation and epidemics. This in addition to the tens of thousands of the local Jews in Transnistria who were victims of the Romanian invasion.

In total, 380,000 – 400,000 Jews, including the Jews of Transnistria, were murdered in Romanian-controlled areas under the dictatorship of Antonescu.

The Story of the Jewish Community of Bălţi - Photos, documents and video testimonies