"Music saved my life. I was in the camps, the ghettos and the forest. Music gave me strength." Leopold Kozlowski (1918-2019)

The light and sound extravaganza was the finale of the “Clarinet and Klezmer in Jerusalem” international masterclass students, under the musical direction of Hanan Bar-Sela. Every year, the artist classes culminate at Yad Vashem, with a festive performance in honor of the Klezmer musicians who were murdered during in the Holocaust – some of whom are immortalized in the Pages of Testimony stored in Yad Vashem's Hall of Names.

"Klezmer and comedy usually go together. Just as the Klezmer accompanied the Jews throughout the life cycle, so, too, did humor accompany this people in its joys and troubles – even in the darkest moments."

Koren also paid tribute to Holocaust survivor Leopold Kozlowski, also known as the "Last Klezmer of Galicia" who passed away in March this year at the age of 100. Hailing from a family of Klezmer musicians, Kozlowski taught many students in the tradition of his ancestors, helping them diverge from arranged music. "The notes in Jewish music are in one's heart," he told them. "It will tell you how to play." A multitalented man, Kozlowski also played the theme music of the famous Holocaust feature film, Schindler's List.

"This performance here at Yad Vashem brings full closure to the Jewish musical tradition. After all, it was here in Jerusalem that it all began. As we were driven out of this country, we packed our piccolo with us. We took the hymns that the Levites sang here with us everywhere we settled: in Yemen and Lithuania, in Poland and Morocco. And when we came back, we brought with us all the wonderful traditions we created there. There is therefore no more appropriate place than Yad Vashem to celebrate Jewish music, which will remain forever."

The concert took place with the support of the Ministry of Education and in cooperation with the Clarinet and Klezmer in the Galilee Association. 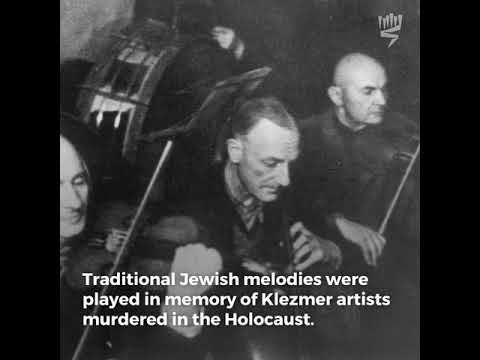