A Message of Holocaust Remembrance from Space

"Never forget those who were lost"

US Astronaut Andrew "Drew" Feustel commemorated Israel's Holocaust Martyrs' and Heroes' Remembrance Day with a video message sent from the International Space Station. Feustel flew to space on 21 March 2018, carrying a facsimile copy of Petr Ginz's "Moon Landscape" from Yad Vashem's Art Collection, the very same drawing the first Israeli Astronaut, the late Ilan Ramon, took with him on his doomed mission aboard the space shuttle Columbia in 2003.

Before his latest space mission, Feustel was presented with a replica of "Moon Landscape" on 1 February 2018 – coincidentally the date of what could have been the ninetieth birthday of its artist, Jewish Czech teenager Petr Ginz, and the fifteenth anniversary of the death of Ramon. Similar to Ramon, Feustel expressed his desire to take the Holocaust-era artifact with him in order to commemorate "Petr and all the victims of the Holocaust."

"When Drew told me that he wished to take a copy of 'Moon Landscape' into space, I could not help but think of Ilan's connection," said Ramon's widow Rona, who accepted the replica from Yad Vashem Chairman Avner Shalev before transferring it to Feustel. "Petr's story touched Ilan's heart. Petr was a child who loved science fiction and dreamed of traveling to space even while imprisoned in the Terezin ghetto. Ilan said that he felt that his journey was fulfilling Petr's dream from so many years ago, and even though Petr was murdered in the furnaces of Auschwitz, the mere fact that his drawing made it to space is testimony to the triumph of his spirit. I cannot thank Drew enough for this tremendous gesture – both for the memory of the Holocaust and for the way in which both he and Ilan sought to perpetuate it."

In his message from the International Space Station, Feustel mentioned Petr Ginz's sister, Holocaust survivor Chava Pressburger, who lives in Israel today and who donated the original drawing by her brother to Yad Vashem. "I want her to know that the memory of her beloved brother will live on in the hearts and minds of people around the world forever," said Feustel. "May the memories of Petr Ginz, astronaut Ilan Ramon and the six million victims of the Holocaust always remain in our thoughts. Yad Vashem's commitment to Holocaust education and documentation will guarantee that we never forget those who were lost."

Petr Ginz was born in Prague in 1928. An accomplished author and artist already in his teenage years, Ginz created "Moon Landscape" – a surprisingly accurate vision of what he envisioned the Earth would look like from the Moon, along with many other works of art, eight science-fiction novels, and a vivid journal detailing his many experiences especially while incarcerated in the Terezin ghetto on the outskirts of Prague. He was also the editor of the youth newspaper Vedem (We Will Lead) in Czech during his internment in the ghetto. Ginz was deported to Auschwitz in 1944, where he was murdered at the age of 16. 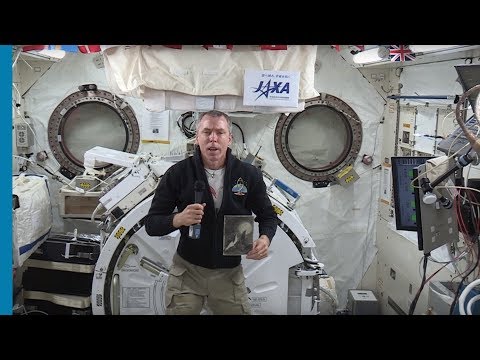